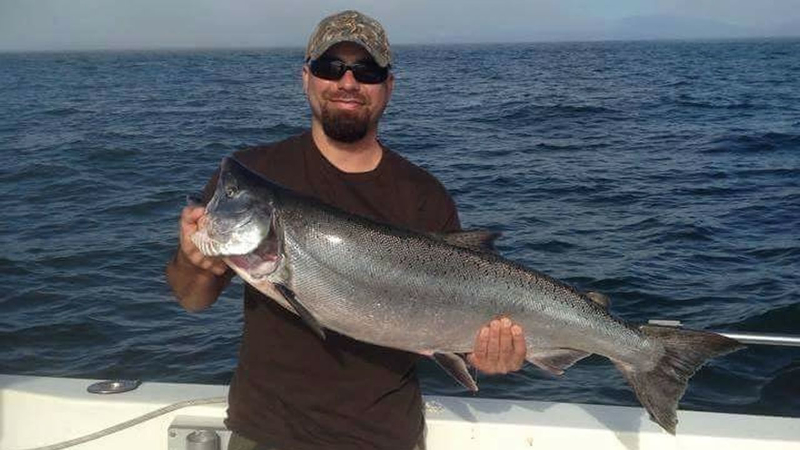 SAN JOSE, Calif. (KGO) -- The Coast Guard is searching for a missing kayaker whose boat capsized near the Dumbarton Bridge Tuesday night.

Melissa McCarty of Fresno gave ABC7 News a photo of her boyfriend and identified the missing man as 32-year-old Kenneth Maldonado of San Jose. She told us on the phone that she last heard from him at 2 p.m.

He texted her saying his kayak was taking on water. McCarty says he and his friend were fishing in separate watercrafts.

The Menlo Park Fire Protection District says the call that two people were in the water near the Dumbarton Railroad Trestle just after 4:30 p.m.

A Menlo Park fire boat found one man on a raft about an hour later. ABC7 News saw him leave the Alviso Marina by ambulance.

He said he was out ahead of his friend, and when he looked back, the friend's kayak was upside down with the flotation vest inside and his friend missing.

More than a dozen rescue boats from multiple agencies searched the water with two helicopters for more than five hours. Drones were also used to search the shoreline.