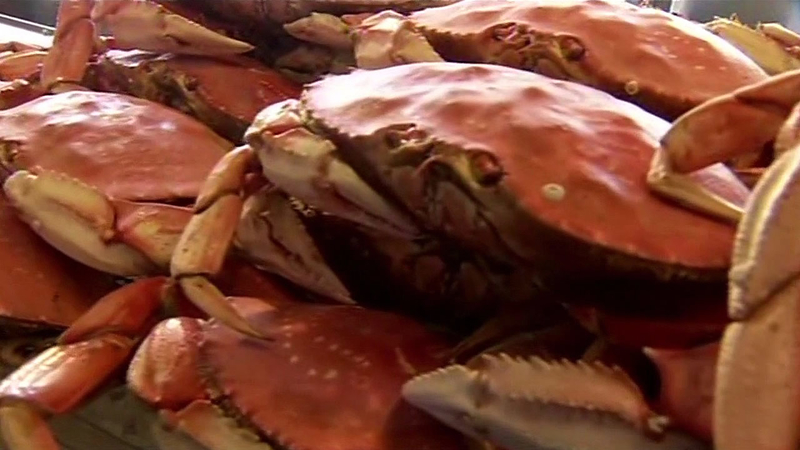 SAN FRANCISCO (KGO) -- With their livelihoods on the line, crab fishermen are eagerly awaiting the results of a quality test that will determine the price set for crab.

Some fishermen told ABC7 News the crab looks good and they're pretty optimistic.

They are expected to take part in a closed-door meeting at 10 a.m. Tuesday where they will hear what kinds of prices the buyers are offering. They will have a couple of options where they can either accept the price or counter.

Call it a coincidence or just plain luck, but Bountiful was the name of the boat chosen to fish 850 pounds of crab for the quality test.

Crab fishermen could use a bounty after a four month late start to the season. "This year is different for everybody. This crab season financially sunk a bunch of fisherman," Victor Lescinskas said.

A dangerous neurotoxin in the crab was to blame. Even after samples were below alert levels, public health agencies recommended people not eat the internal organs of the crab known as butter or guts.

The new concern is whether or not the price per pound this late in the season will be right. "We ate some crab and it looked good, looked full," one fisherman said.

A quality test being conducted in Fort Bragg where they're cooking and picking the meat will formally determine the price. "Want to make sure the crab aren't soft, make sure they're full of meat," Jerry Ball said.

Crab fishermen like Ball said they're hoping for at least $3.50 per pound. "They'd like $4, but I think guys are rearing to go right now," Ball said.

Most fishermen hope to be out on the water before the end of the week. "It's a gentlemen's agreement. Everybody is tied up and hopefully everybody will go together," Ball said.

Ball said for the first run, a lot of guys will likely be up 36 hour straight hoping to bring back a bounty to make up for lost time.

They're optimistic a spike seen last June means it's not too late.

Tomorrow morning 10am behind closed doors crab fishermen will meet to hear the buyers' offer. They will either accept price or counter

Crab fishermen hope to be on water by Wed (def before Fri). One said "This is the worst part, once you get fishing everything is fine."