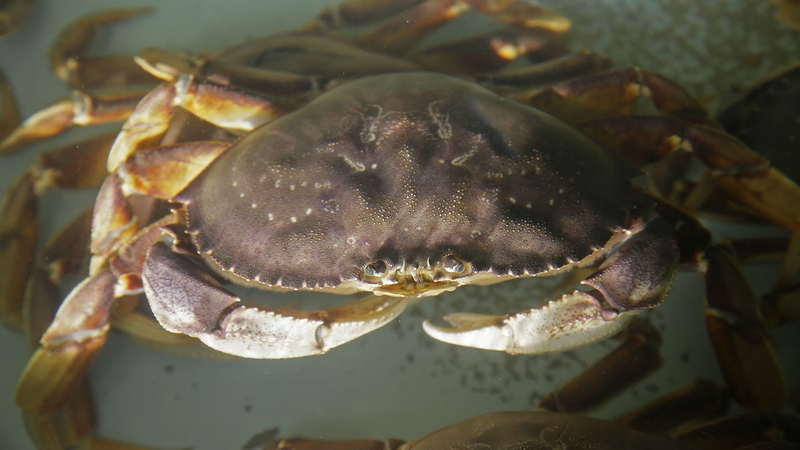 SAN FRANCISCO (KGO) -- Dungeness crab fisherman and restaurants that serve Dungeness crab will finally get their hands on the Bay crustaceans this weekend. The delayed commercial season begins Saturday after a potentially fatal neurotoxin was found in crabs earlier this year.

Those new concerns are high seas and a quality test; the test will determine crab prices and some fishermen are waiting to see if it's even worth going out.

Most of the boats at Fisherman's wharf are stacked with crab pots.

"We're all like really, are we going in almost April?" Josh Fidiam, fisherman.

With Dungeness crab season delayed four months because of a dangerous neurotoxin, fishermen like Fidiam are down on their luck.

While the crab may now pass the toxin test, their quality is still in question. This late in the season it's possible they won't be as meaty.

"If we don't get a good quality test all this gear is coming back off the boats, back in the sheds all for nothing," said Fidiam.

Some boats are empty. Fishermen say they're waiting for the results of the quality test to determine if it's even worth going out. Rough weather is another concern.

"You're just risking your life and you don't even know if you have a market when you come back," said Fidiam.

"It's been a lot slower than usual," said Jose Echeberria, Alioto's Restaurant.

Most of the crab are flash frozen from Washington and Oregon. And while some are eager to taste Dungeness crab from the Bay, others remain hesitant.

"Fear. They don't want to buy a crab that might get them sick," said Fidiam.

These fisherman say they don't know what's going to happen because a season like this has never happened before.