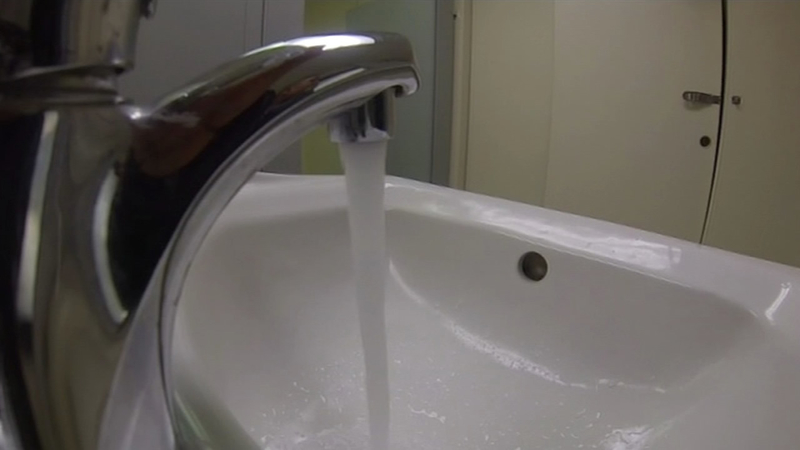 SAN RAMON, Calif. (KGO) -- Foul smelling water coming out of taps from the East Bay should be gone by the end of the week.

Customers started noticing it this past weekend. Hundreds of people are complaining about the change in taste and odor and it seems to be related to the drought.

The sour tap water is running through homes and businesses of East Bay MuD customers from Emeryville to Orinda to San Ramon.

Oakland resident Vita Pascone says hers started tasting funny a few days ago. "It just hasn't tasted quite as fresh recently, yeah a little slight algae taste, but nothing harmful," she said.

"What we've been hearing is there's mostly a metallic taste they're not used to, maybe even an earthy taste. And the reason has to do with a change that we've made in the way we operate our reservoir," EBMUD spokeswoman Abby Figueroa said.

Figuerroa says they've received more than 300 complaints since they made the switch on Thursday.

Most of their 1.3 million customers rely on water from the Pardee Reservoir in the Sierra Foothills.

So do salmon for the fall salmon run. They're required by law to save cold water for the fish, which is stored at the bottom of the reservoir because of the drought. They had to pump from other areas for customers.

"We opted to pull water from higher up in the reservoir and of course that water is warmer, sunlit, and has more algae. Now, algae is filtered out at water treatment plants and is not in the drinking water but it does leave behind taste and odor compounds," Figueroa said.

She says the water is perfectly safe, but they have reversed their course of action. Workers are now pumping lower in the reservoir and the bad smell and taste should be gone by the end of the week.

It may be temporary because of the drought and as we approach the summer months, EBMUD might have to do this again. Figueroa suggests chilling your water to get rid of that taste and smell.