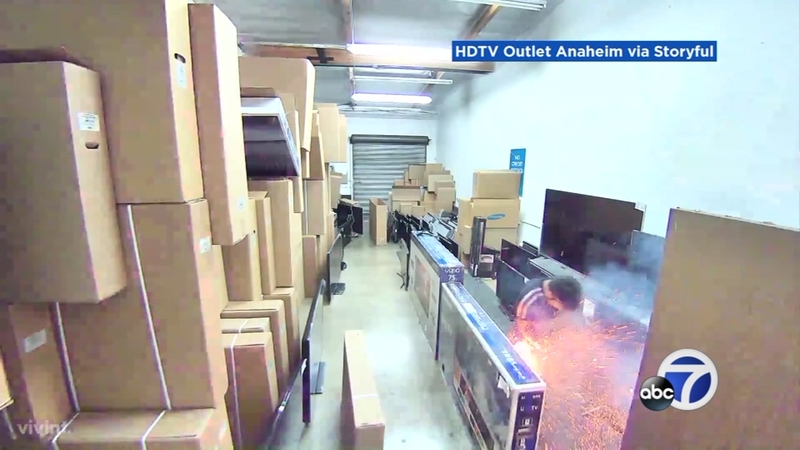 ANAHEIM, Calif. (KGO) -- Without warning, an e-cigarette exploded in a man's pants while he was shopping for a television at a store in Anaheim on Monday.

In the incident that was caught on surveillance video, the man is seen looking around when all of a sudden there was a blast and flames shot from his pants.

The man is then seen limping through the store as employees rushed to help him.

The manager says the man went into the bathroom to tend to the burns he suffered. While that was going on, the manager went and put out the e-cigarette, which was still burning.

Given the store's location in an industrial neighborhood, the managers says a fire would have done considerable damage.

Despite the burns, the manager says the man left the store on his own, presumably to drive to the hospital. But the man reportedly instead drove himself home and asked for a relative to get some supplies from a pharmacy so he could treat the burns.