KGO
By Lyanne Melendez
OAKLAND, Calif. (KGO) -- Facing financial issues, Oakland Unified is considering consolidating or closing some schools. While the district has yet to identify which ones would close, some parents want to make sure their children are guaranteed acceptance into a high performing school.

Oakland Unified knows it has too many schools and not enough students.

"Comparing us to similar districts, similar size like San Jose, population-wise we have far too many schools compared to those," said district spokesperson John Sasaki.

RELATED: Elementary schools on the chopping block in San Jose

As families continue to move to more affordable cities, the district believes the most sensible thing to do is close those that have low enrollment.

That never sits well with parents or grandparents.

"It would be a tragedy that they shut down, they have to go somewhere," said Diane Galicia, a grandparent.

While the district has no closure or consolidation list, some parents believe the schools in the flatlands will be targeted--mainly those families living in underserved communities.

So, groups like The Oakland REACH are behind a proposal that would give these families something called "An Opportunity Ticket," allowing them to select any charter or district school--including those in the more affluent neighborhoods.

The district says it would do its best to accommodate these students.

"That doesn't mean they are going to get it, but certainly this additional priority that students will have will guarantee them to get into a better school," explained Sasaki.

The proposal is being discuss at tonight's school board meeting.

"For so long we haven't know that we are at the back of the education bus. It's about time that we sort of walk up to the front of the bus to get in the driver's seat and tell the system what we need from them," said Young.
Report a correction or typo
Related topics:
educationoaklandbudgetparentingschoolteacherpublic schoolteachersschool closures
Copyright © 2021 KGO-TV. All Rights Reserved.
RELATED
Alameda Unified votes unanimously to close Lum Elementary 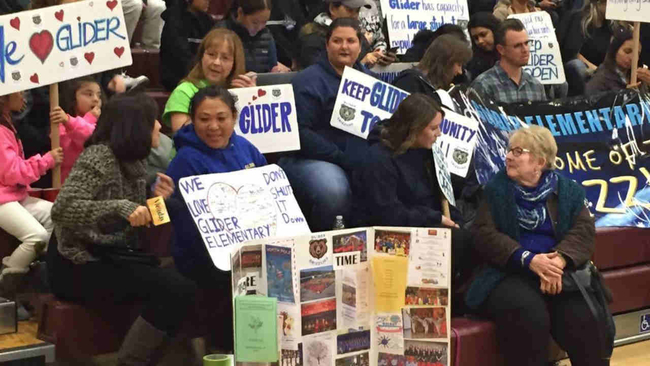