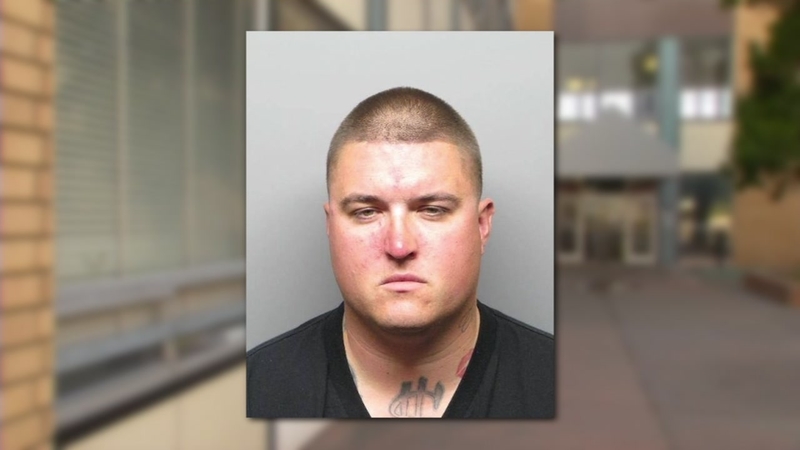 EL SOBRANTE, Calif. (KGO) -- A murder in El Sobrante is being classified as a hate crime. Today, one suspect was arraigned - but the search continues for two other suspects.

Daniel Porter-Kelly pleaded not guilty. His family members and friends packed the courtroom for his arraignment. His attorney argues the DA's office has not released any evidence to show he was involved or explain why this is a hate crime.

A memorial of flowers, candles, and pictures covers the fence at the intersection of Appian Way and Garden Road in El Sobrante, where William Sims was killed. Contra Costa County sheriff's detectives say the 28-year-old was the victim of a hate crime - beaten, robbed, and shot.

Daniel Porter Kelly was arraigned Monday - on murder charges. His attorney argues there's no evidence or police report to prove he was involved.

"We have not been provided one police report, one arrest warrant, one witness statement suggested he had anything to do with it," said Colin Cooper, criminal defense attorney.

Deputy District Attorney Derek Butts says that's because detectives are too busy searching for two other suspects: Daniel Ortega of Richmond, and Ray Simons of Hercules.

"The investigation is ongoing, which means that the detectives as we would hope are working very diligently around the clock to find the two suspects. And I think we'd all agree we'd rather them do that than sit around at their desk writing reports to satisfy a defense attorney," said Butts.
Sims, a musician from Richmond, was killed the early morning of November 12 - just across the street from the Capri Club. Neighbor Laura Salgara heard shouting, and a gunshot.

"Oh, I don't like it all. I've been living here since i was 14 years old and we're always hearing issues here at this bar," said Salgara.

The owner now plans to close the club at midnight instead of 2 a.m. Porter-Kelly's next court date is scheduled for December 9.

You can donate to Sims' memorial fund here.