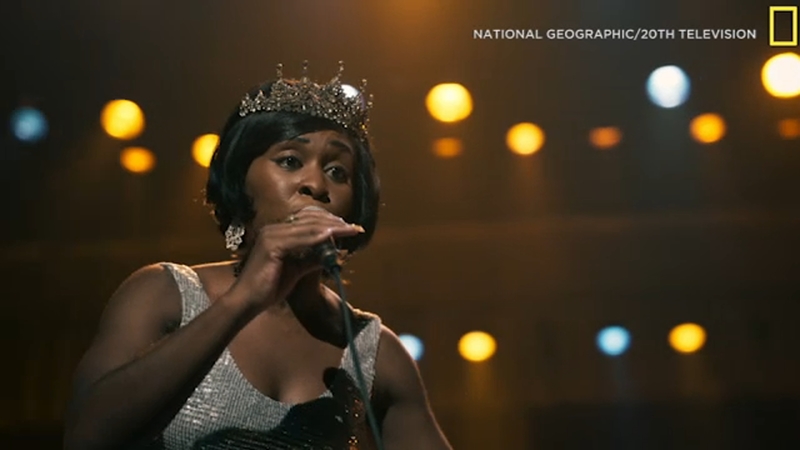 HOLLYWOOD -- Aretha Franklin is getting some "respect" from Nat Geo. Its anthology series, "Genius," is celebrating the talent and the drive of the late Queen of Soul.

Tony winner, Grammy winner, Emmy winner and two-time Oscar nominee Cynthia Erivo has stepped into the role of this music legend. "Genius: Aretha" deals with Aretha Franklin's struggles, both personally and musically, as she makes her way to super stardom. It is not an easy journey.

As a kid, the future "queen" taught herself how to play piano without knowing how to read music. And she signed her first record deal at 18.

Erivo does her own singing in "Genius: Aretha." It took a lot of training.

Erivo has been busy during this pandemic. She wrote her debut album, which is due out this summer. She also wrote a children's book which is coming out in the fall.

"I think it's for everyone, teaching each other to dream as big as we can in all the details that we can and making it known that no dream is too big, no dream is too small and every detail of a dream is just as important as the next," she said.