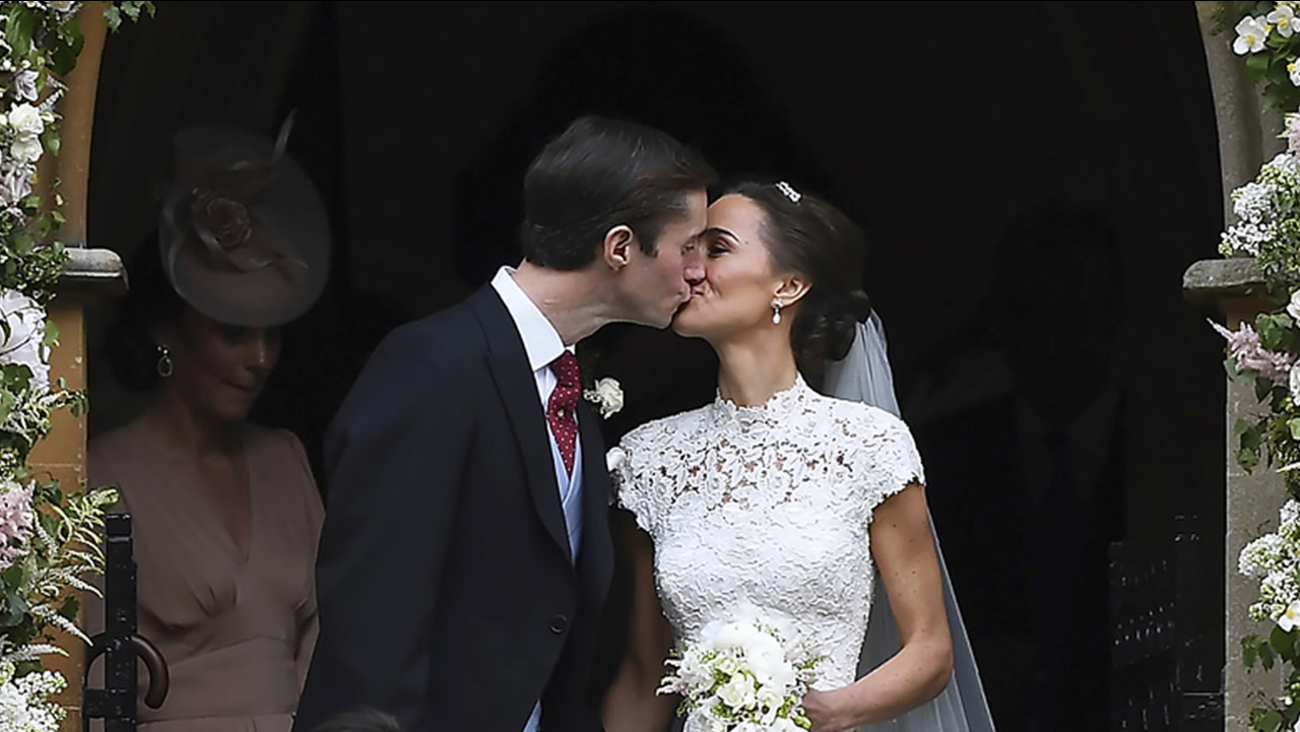 There were spring weddings all across England on Saturday, but only Pippa Middleton's nuptials featured two likely future British kings on the guest list.

That would be her brother-in-law, Prince William, and her nephew, Prince George.

Prince Harry was at the church as well - without his girlfriend, the American actress Meghan Markle - along with Pippa's sister Kate, the Duchess of Cornwall, and Princess Charlotte.

George, 3, was a page boy, and Charlotte, 2, a bridesmaid. Both were on their best behavior throughout the ceremony.

There's speculation that Harry may escort Markle to the private reception planned for Saturday afternoon. No official guest list has been released.

Pippa Middleton kept the fashion world guessing until the last minute when she got out of a classic Jaguar convertible wearing a custom-made wedding gown designed by Giles Deacon.

The dress was constructed with a high neckline and a corseted bodice with draping to the front and a heart-shaped space in the back.

Deacon said the lace bodice was embroidered with pearl detailing over an organza and tulle underskirt, which was layered. The overall effect - set off by a tiara and a custom veil designed by milliner Stephen Jones - was stunning.

Deacon says Saturday it was "a privilege to show the craftsmanship that my team produces in London and a real testament to Pippa's support of British fashion."

Pippa Middleton, radiant in a custom-made gown, has married a wealthy financier as members of the royal family, including her sister, looked on.

She and hedge fund manager James Matthews married Saturday at a church in rural England, west of London.

The wedding party included Prince George, a page boy at 3, and 2-year-old Princess Charlotte, a bridesmaid. Both wore special outfits when they arrived with their mother, the Duchess of Cambridge, Pippa's sister.

Middleton came to the church accompanied by her father Michael in a vintage convertible. She wore a custom wedding gown designed by Giles Deacon, a long veil by prominent hat-maker Stephen Jones, and a tiara.

Tennis star Roger Federer and his wife were among the guests.