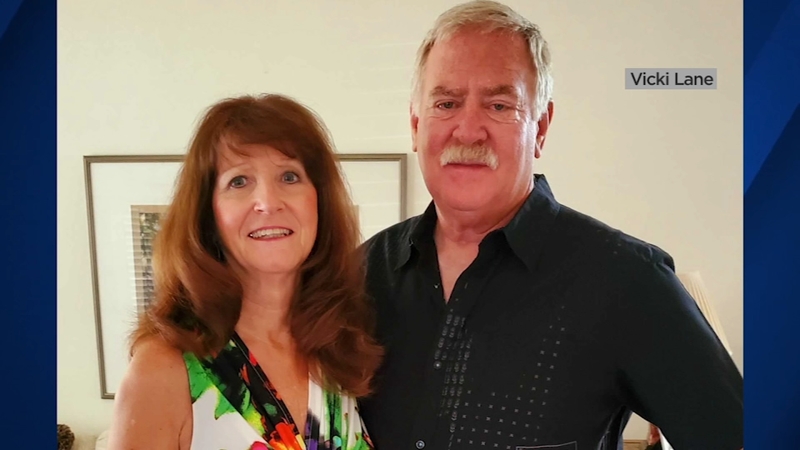 SAN JOSE, Calif. (KGO) -- The widow of San Jose shooting victim Lars Lane didn't give up hope that her husband of 22 years survived the deadly attack at the Valley Transit Authority railyard, until the very last second when she received the tragic news.

"I had a feeling but I just always had hope. Until the last second,' recalled Vicki Lane. The couple had been married for over two decades and had plans to retire next year.

VTA officials honored the nine employees who lost their lives in the San Jose railyard shooting during a press conference on Thursday.

"We said good night to each other because I was in Sacramento and when I heard the news Wednesday morning," recalled Lane. "I tried calling and it went straight to voicemail. So, that is not like him to not call me or text me. So, I knew something was wrong."

Vicki raced to the VTA rail yard hoping Lars survived, but at 6:05 p.m. on Wednesday, she says her world collapsed.

Lane had worked at VTA since 1999. He worked as an electro-mechanic and then became an overhead line worker.

Vicki told ABC7 News that Lane knew and worked with the man who ultimately took his life.

"(Lars) said that (Sam Cassidy) was a quiet man that he didn't go out of his way to talk to people," said Vicki. She said there was no ill will between the two men which makes the whole tragedy that much harder to understand.

"Why did he have to shoot him? I dont know."

Lars leaves behind four children and their dog Casey. Vicki said they were getting ready to celebrate Lars' 64th birthday this weekend. In fact, a wrapped birthday present for Lars sits by the dining room table likely never to be opened.

"Just remember his sense of humor. His love for his friends and his family. Everybody respected him. He was extremely smart. He was an intelligent man. If he didn't know how to do something he can figure it out."

Another heart-breaking piece of unfinished business lies on the Lane's dining table: an unfinished jigsaw puzzle. Vicki said it was a shared hobby of theirs and something that she thinks Lars would want her to continue to do.

"Oh yes, and he would want me to start a new one. It was a big thing with us."

If you would like to help the Lane family, here is a link to their GoFundMe page.

Local resources for survivors and victims of gun violence