AP
SAN FRANCISCO -- A California judge ruled that Jahi McMath, a Bay Area teen girl declared brain dead more than three years ago after a tonsillectomy may still be technically alive, allowing a malpractice lawsuit against the hospital to proceed.

Alameda County Judge Stephen Pulido ruled Tuesday that it's up to a jury to determine whether Jahi is alive, which would increase the amount of damages if jurors decide in the family's favor.

The family is seeking damages from Children's Hospital in Oakland for allegedly botching a routine operation to remove the girl's tonsils in December 2013. The family is also demanding a ruling that McMath is alive and for the hospital pay for Jahi's future care. She was 13 when the operation was conducted.

Jahi was pronounced dead after the surgery and the Alameda County coroner signed a death certificate in January 2014.

Lawyers for the girl and her family did not immediately return a telephone messages left Thursday seeking comment. A lawyer for the hospital, Thomas Still, had no immediate comment Wednesday morning but said he would comment later.

The case has been at the center of national debate over brain death since the girl's mother refused to remove her daughter from life-support after doctors declared her dead.

Her mother has previously acknowledged that her daughter's brain is severely and irreparably damaged. But Latasha Spears Winkfield said her daughter is still alive and her Christian belief compels her fight to keep her daughter on life support.

Several doctors, including two hired by an Alameda County court, have said brain-dead patients can still twitch and move slightly.

After a judge ruled that California doctors could remove the girl from life support, her mother took her to New Jersey, the only U.S. state that accommodates religions that do not recognize brain death. The girl is on life support in a New Jersey apartment, where she receives medical care.

Court records show that New Jersey Medicaid has picked up some of the girl's health care costs. The family has also received financial contributions from an online fundraising campaign.

In ordering the case to trial, Alameda County Judge Stephen Pulido relied on the testimony of well-known critic of diagnosing brain death Dr. Alan Shewmon.
In court documents filed in July, the retired neurologist said videos recorded by McMath's family from 2014 to 2016 showed the teen was still alive.

The images, some made public by the girl's relatives, show Jahi twitching her fingers and reacting to odors that Shewmon and her relatives said were noxious without providing more specifics. Shewmon said Jahi's body has not deteriorated as expected.

A doctor who examines the girl every three months for the family has testified that Jahi reached puberty and menstruated while in New Jersey.

Shewmon, a well-known critic of how experts define brain death, said Jahi is in a "minimally responsive state."

Hospital lawyers have argued that the family has not subjected Jahi to tests accepted by the American Medical Association to determine whether someone is brain dead.
Report a correction or typo
Related topics:
family & parentingoaklandnew jerseyucsf benioff children's hospital oaklandhealthchildrenchild deathmedicalhospitallawsuitteenagersurgeryteenu.s. & worlddoctors
Copyright © 2021 by The Associated Press. All Rights Reserved.
RELATED 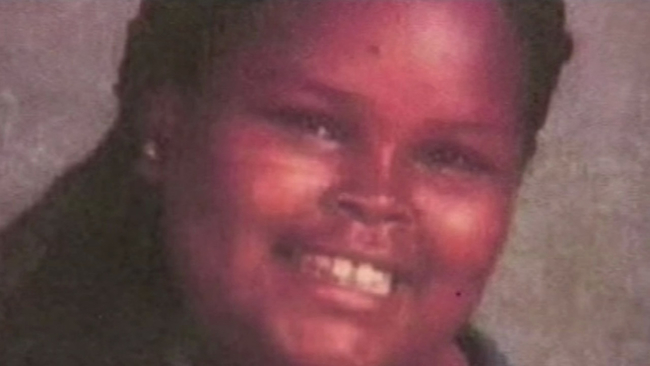