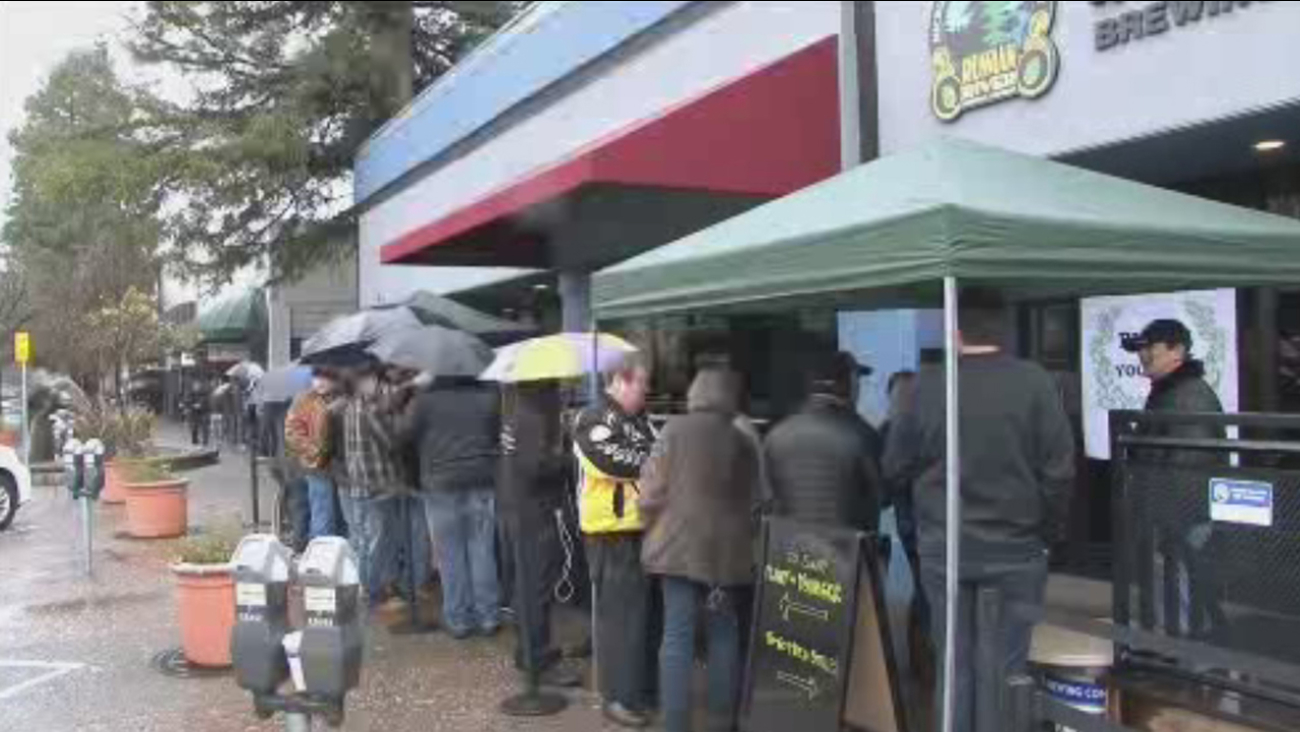 SANTA ROSA, Calif. (KGO) -- Beer lovers are packed lined up for blocks outside the Russian River Brewing Company in Santa Rosa for a rare treat.

The limited release triple IPA Pliny the Younger makes its 14th annual debut today at the brewery. It's only available on draft at the brew pub for two weeks.

Brewmaster Vinnie Cilurzo is the mastermind behind the Triple IPA, a beer so tough to make they only serve it two weeks a year. He says warmed up just a bit, it's a symphony of citrus, floral and tropical notes.''

An annual tradition recognized around the world is about to get underway in Santa Rosa. The beer known as Pliny the Younger will make its debut on Friday.

Wet weather did not keep devoted Pliny fans away. Beer connoisseurs from around the world are in this line. Each visitor is allowed three glasses of Pliny the Younger and they only get three hours to drink them.

The beer brings an estimated $5 million of business to the city. Hotels book up and t-shirts sell out.