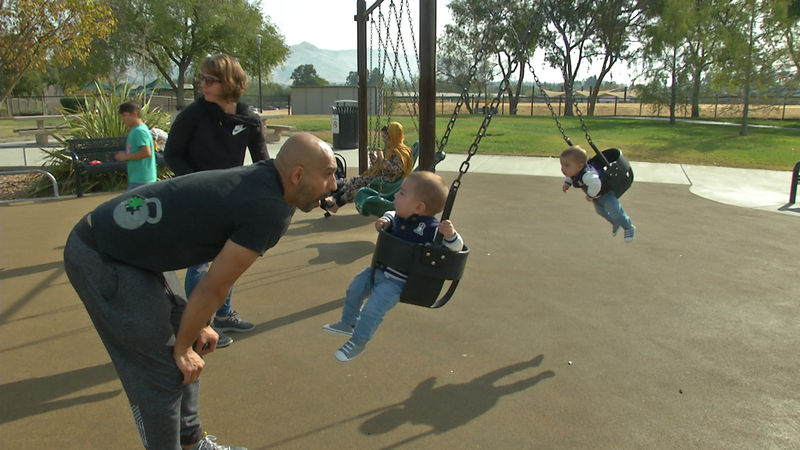 The rising cost of living, has some young people wondering, can they afford to stay in Fremont?

In Fremont's Central Park, a new generation is just starting to see what Fremont has to offer.

We found Fremont resident Dalbir Atwal pushing his infant twin sons on a swing. He said, "Fremont, it's got lots of community areas. Lots of culture. You can learn from lots of different people and see lots of different aspects of life."

But even at this early age, Atwal worries about whether Fremont can continue to be a great place to raise a family.

"I hope they have a childhood like I had growing up. You know, being able to play with kids on the block, being able to, you know, have friends in the neighborhood," said Atwal.

Though Fremont is the Bay Area's fourth largest city, growing up here feels much smaller.

High school senior Karen Li is looking forward to the next chapter, heading to college, and out of Fremont.

"Fremont over the years has really expanded. I am a small town girl," said Li.

"I feel like we are a bubble community. I don't feel like we have the same hardships as you will in other communities across the nation," said Li.

She wants to get out of that bubble, but doesn't rule out coming back.

"I think coming back to Fremont after a couple of years of exploring the world will definitely be an option for me," said Li.

The big question is... will she be able to?

Sami Mamou grew up in Fremont and wonders just that.

"How much longer are you going to be here?" I asked him.

"If everything goes right, probably another, less than 6 months," said Mamou.

He's looking to leave because he can't afford to stay.

"I love Fremont, it's been a great place for me," said Mamou, "I've made lifelong friends in my time here. I became the person I am here, but as with most of the Bay Area, Fremont is not what it was 10,12,15 years ago."

According to recent real estate data, home prices in Fremont have skyrocketed in the last 10 years, appreciating 59.1 percent.

For many young people like Sami Mamou, that's put ownership out of reach.

RELATED: From farms to Silicon Valley: Growing up during Fremont's population boom

"I'd love to buy a house, yeah. I've always believed that's how you secure your own future, how you build your family, and you have that stability," said Mamou.

Until he can afford to buy a home, he's been renting a house in North Fremont.

Mamou admits he's getting a good deal for 3 bedroom, 2 bath house. He pays $2300 a month. Similar homes in this neighborhood are renting for $3300.

Real Estate website Zillow estimates homes in this neighborhood sell for around $1 million.

"Million dollar houses did not used to look like this?" I asked Mamou, "No... they were not necessarily mansions, but they were large," said Mamou.

"The reality is that you are renting a $1 million house, do you feel like a millionaire?" I followed up, "No, definitely not," said Mamou.

Sami tells me that he doesn't want to leave the Bay Area. He's held out as long as he can.

"I am the last one of my friends still here. We had a large group of friends from high school. The closest one, there is only one left, is in Castro Valley."

The rest of those friends have scattered across the country. They meet up once a year to remember what it was like to live in Fremont.

Sami will soon be joining his friends as someone who "used to live in Fremont."

He's planning a move out of the Bay Area to Tracy.