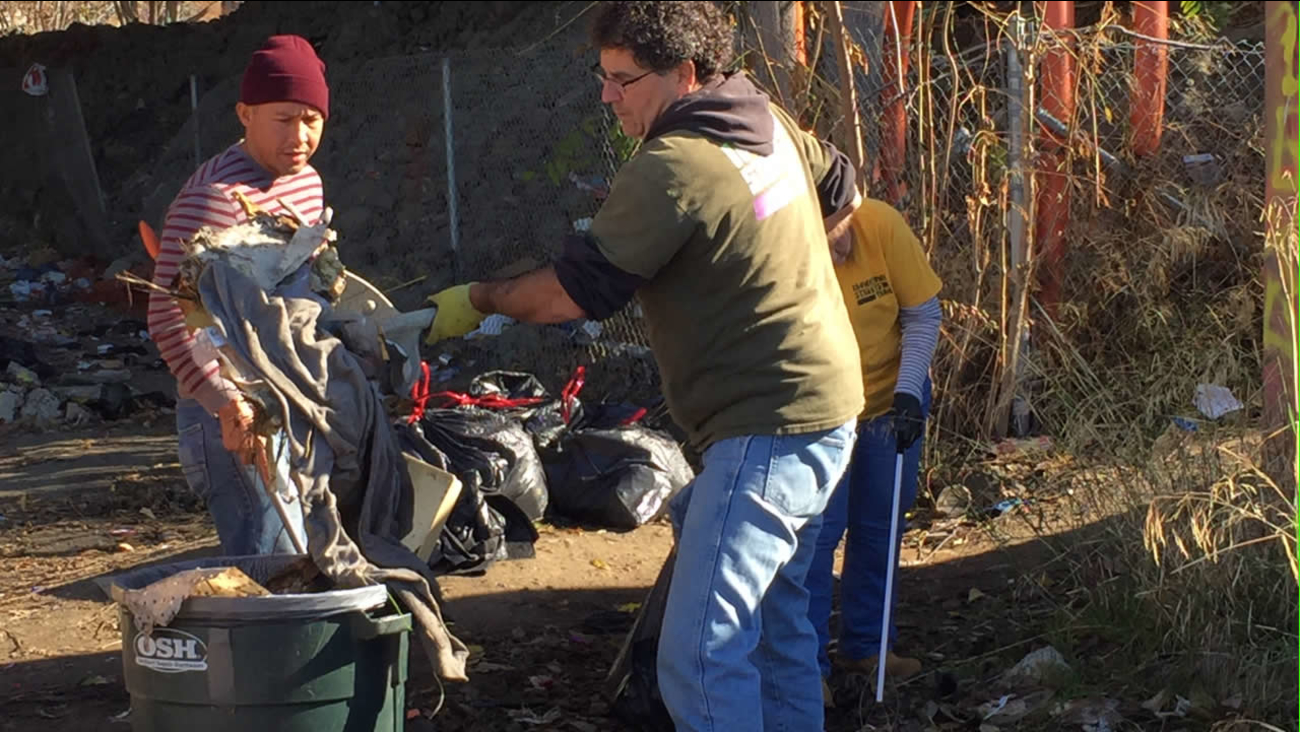 SAN JOSE, Calif. (KGO) -- Consumers spent close to $7 billion shopping on Cyber Monday. On Tuesday, they're being asked to donate money and time to nonprofit organizations that do good work in communities across the country.

Giving Tuesday may be only a one-day event, but the hope is that it will foster an on-going relationship between donors and the organizations they're supporting.

RELATED: What you need to know about Giving Tuesday

David Moffitt, 56, is a beneficiary of donations today. He's out picking up trash along the railroad tracks underneath Highway 87 near downtown San Jose. He's a member of the Downtown Streets Team, a nonprofit organization operating in five Bay Area counties.

Moffitt was homeless for about 10 years and admits he was addicted to drugs. Five months ago, he was able to move into a studio apartment, and life was getting better for him.

Downtown Streets Team operates on a $5 million budget of which 10 percent comes from individual donations, averaging just over $100. The Bill and Melinda Gates Foundation is matching donations, dollar for dollar, on Giving Tuesday up to $2 million. So, today's campaign is important to helping people like Moffitt because 320 homeless are part of the Downtown Streets Team cleaning up on an annual basis in San Jose.

Chris Richardson of the Downtown Streets Team staff says fundraising is a process of networking, and he hopes donors will become regular donors to support its programs that include shelters and food closets.

Volunteerism is also part Giving Tuesday. At the Humane Society of Silicon Valley, Beverly Swanson has been a volunteer for two years. She's one of 1,300 volunteers who help in all areas of the facility. Jamie Allen, senior director of volunteers and education, says they're asked for a one year commitment, but on average, they stay for five years or longer. A few have volunteered for over 20 years.

HSSV is a prime example how it uses social media not only to help animals find loving homes, but also caring volunteers and donors by doing Facebook Live and short videos.

You know that charity you love that you've been meaning to make a donation to? Today is the day to finally do it. And be sure to use the hashtag #GivingTuesday to encourage your friends to learn more so they might give, too.