SAN FRANCISCO -- A ferry crash along San Francisco's waterfront last month caused $325,000 in damage to both the ferry and the dock at the Ferry Building in San Francisco, U.S. Coast Guard officials said.

While the investigation is months away from being complete, drug and alcohol test results for crewmembers have come back negative and impairment has been ruled out as a factor, according to Lt. Rachel Thomas.

Golden Gate Ferry, the company that operates the ferry service, is conducting its own investigation into the crash.

Spokeswoman Priya David Clemens said today that the terminal where the ferry crashed has been inspected, and minor repair work to the area will be ongoing.

The ferry involved in the crash is being repaired by Bay Ship & Yacht Co. in Alameda. The damaged part of the vessel has been removed, and new parts are being installed.

Golden Gate Ferry officials hope to have the ferry back and running by Christmas, according to David Clemens.

"Thankfully, it's a quieter time of year, and having it out of service has not impacted our regular run," she said.

The crash occurred on a San Francisco-bound ferry traveling from Larkspur. Of the 53 passengers onboard at the time, two suffered minor injuries, including a back injury and a bruised hip. 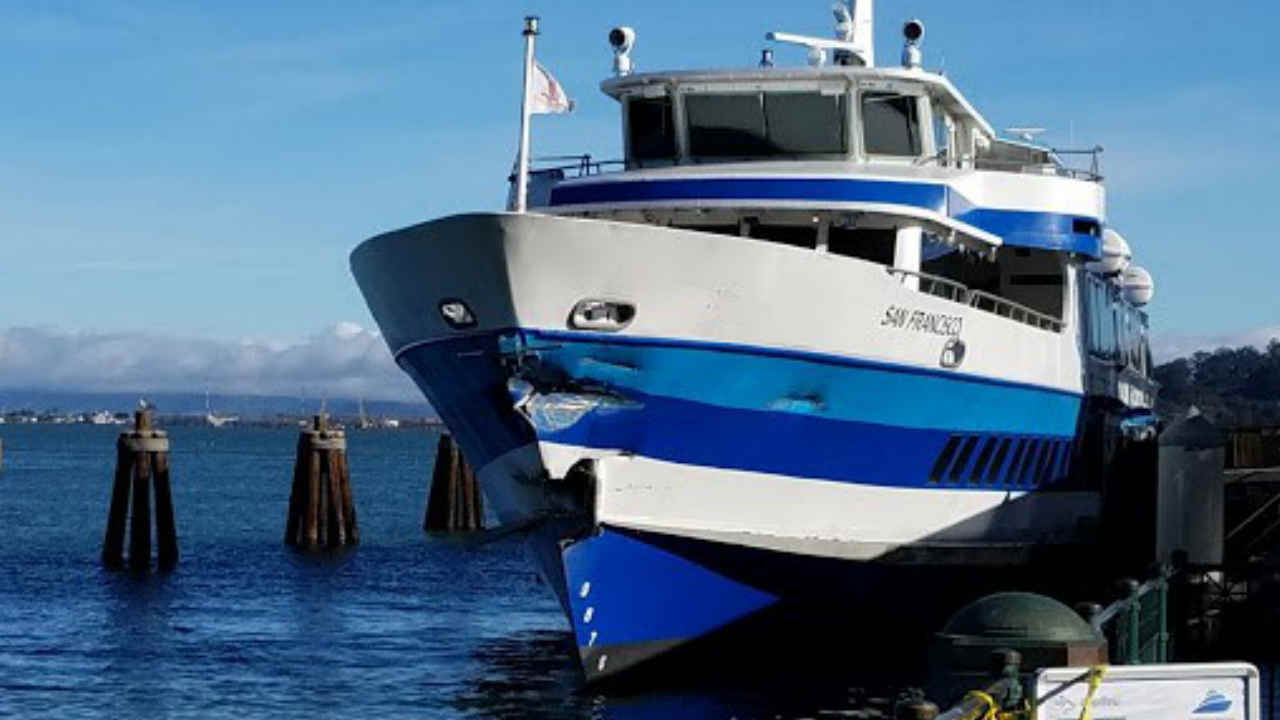