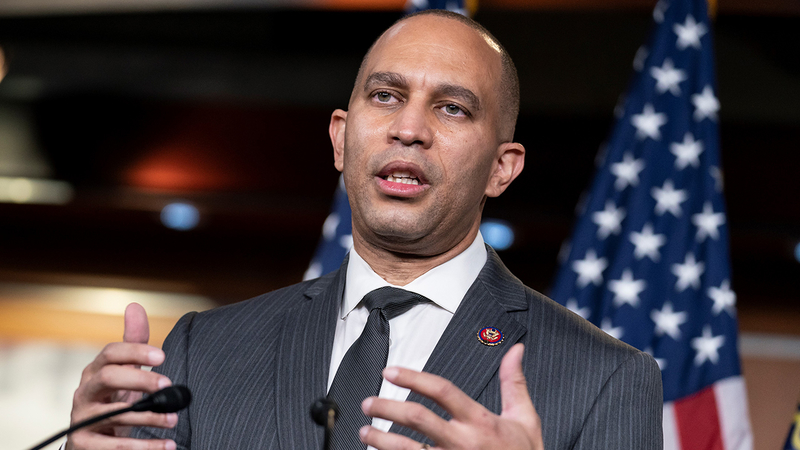 NEW YORK -- New York Congressman Hakeem Jeffries has been identified as the target in a series of threats from a Bay Area man.

Authorities say 35-year-old Robert Lemke was arrested Tuesday at 6 a.m. in Bay Point on charges that he sent threatening texts to Jeffries' brother during the Jan. 6 attack on the Capitol.

A spokesman for Congressman Jeffries confirmed that he was the member of Congress who was allegedly threatened by the retired Air Force captain.

"Congressman Hakeem Jeffries is the Member of the House of Representatives referenced as 'Congressman-1' in the criminal complaint recently unsealed in Manhattan federal court," the spokesman said.

According to the complaint, Lemke also sent a threatening text to a family member of a journalist based in New York City.

Authorities say the threats stemmed from Lemke's dissatisfaction with the results of the 2020 presidential election.

Commissioner of the New York Police Department, Dermot Shea, also spoke out on the arrest.

"To those individuals and groups that would seek to threaten a United States Congressman, this arrest should serve as a warning that the NYPD and its law enforcement partners, will ensure you are held accountable for your actions," Shea said.

The FBI has been making arrests and trying to identify others who rioted at the U.S. Capitol on Wednesday. New evidence is surfacing tonight from a firsthand account from a California member of the Proud Boys who was there.