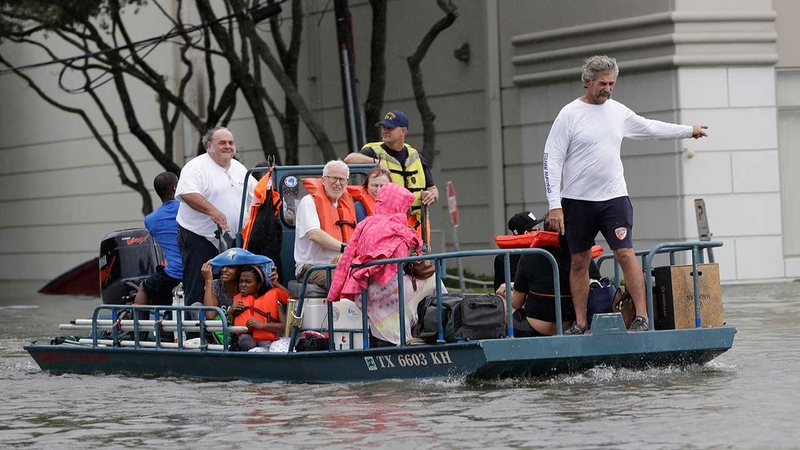 SAN FRANCISCO (KGO) -- Bay Area companies are doing what they can to do to help those affected by the hurricane.

Workers at the San Francisco office of the American Red Cross say donations are pouring in.

San Ramon-based Chevron donated $1 million. Oakland-based Clorox, meanwhile, sent in some of its products and supplies to the disaster zone.

"The scale of this response is going to be as big as we've ever seen in over a decade, and so we need that response to be just as equal from the public. So, even though the traction is good, and we're seeing a really good response from donors, we're going to need that to sustain for several more weeks," American Red Cross CEO Trevor Riggen said.


In addition to making donations, companies are also helping to fundraise.

Apple's iTunes now gives users the option to donate directly to the American Red Cross. And Wells Fargo added an option to do the same at its ATM's.

But for those who've wanted to put their money elsewhere, Redwood City-based, GoFundMe, has been filling that need.

Nearly 300 Harvey-related campaigns found on the site have pulled in over $1 million so far, with the money going to everything from animal organizations to families.

"We work behind the scenes with everyone involved, with campaign organizers, with the beneficiaries, to make sure the money's going to the right place and it's being transferred to the appropriate party," GoFundMe Spokesperson Bobby Whithorne said.

ABC will host a "Day of Giving" on Thursday to benefit those impacted by Harvey.

The day will kick off on abc7 mornings before handing the baton over to Good Morning America.

Donations will go to the American Red Cross-with dollars benefiting those most impacted by the storm.