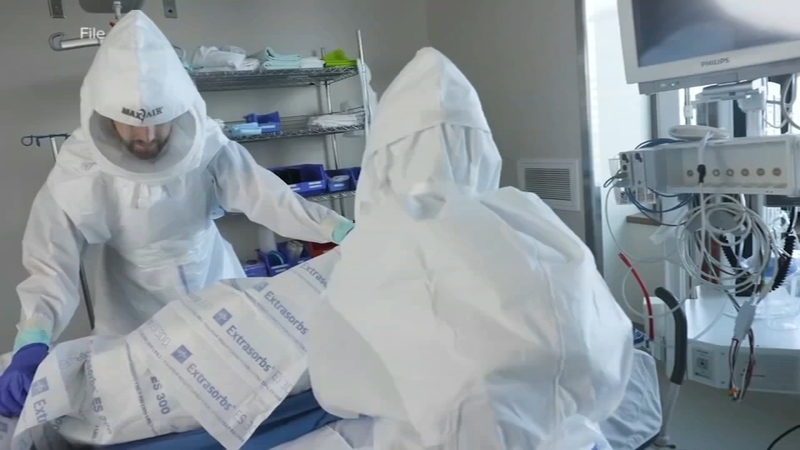 SAN FRANCISCO (KGO) -- When it comes to accessing health insurance, there are large disparities across the Bay Area. ABC7's data analysis of U.S. Census Bureau records found in the San Francisco, Oakland, Berkeley metro area, the percentage of uninsured Hispanic/Latinos is nearly four times more than that of white people.

Out of all nine Bay Area counties, 4.5% of people are uninsured (this doesn't include people in prisons, jails, or mental hospitals).

"It doesn't surprise me," said Roberto Antonio Tumas Jr. "During the pandemic I lost my job and then lost my medical coverage... it was terrible."

Tumas was born and raised in San Francisco's Mission District. He struggled to pay his bills for months - until he got hired at a laundry company off Mission St.

"I'm grateful I got this job but I'm making eight dollars less and I had to find insurance my own route through Covered California," he added.

Covered California is a government program that started offering subsidized Obamacare plans for the state in 2012. It lowered the average premium cost by 50% for many California households. But even with reduced rates, Tumas was forced with a tough choice: pay rent or health insurance.

"I couldn't afford both," he said.

Miranda Dietz, a research and policy associate at UC Berkeley's Labor Center, sees it all the time.

"Even with the additional subsidies that are available through the rescue plan for coverage through Covered California, there's a lot of folks who just can't find the space in their budget to pay for those premiums or are worried about the deductible out-of-pocket costs," she said.

"The barriers to becoming eligible and jumping over all the administrative hurdles would be too much," Dietz said.

Roshna Pariyai isn't surprised at the disparities across the Bay Area - adding the process to qualify through her employer became too difficult while working multiple jobs and facing high rent costs.

"The cost of living is really high and we're struggling to feed our families," she said.

The San Jose, Sunnyvale, Santa Clara metro area has similar numbers to the San Francisco area -- the percentage of Hispanic/Latinos who are uninsured is more than three times that of their white counterparts.

Linn Gish said lowering the cost of healthcare will be crucial in order to address these disparities.

"There's two ways to lower the cost, either throw money at it by putting more money into the premiums or there's also system wide changes you can do," she said.

Starting in May of 2022 undocumented people who are income eligible over the age of 50 will be able to access Medi-Cal. Dietz expects that along with increasing the affordability on the individual market will help bend the cost curve and make health insurance more affordable for everyone.

"One of the silver linings in the pandemic will be to increase the political will to pass policies to ensure everyone in our state has adequate coverage," Dietz said.

Tumas is holding out hope for that.

"We need medical insurance," he said. "Especially now during the pandemic and everything that's going on in the world."

The analysis out of UC Berkeley also projected about 3 million Californians under the age of 65 would be uninsured by 2022 and the largest group would be people who are undocumented.