New study suggests flu may be spread just by breathing

KGO
By Chris Nguyen
SAN JOSE, Calif. (KGO) -- A new study published in the Proceedings of the National Academy of Sciences, suggests the flu may be spread just by breathing, and not only by coughing or sneezing.

Researchers from multiple universities, including San Jose State and UC Berkeley, participated in the project, which was led by the University of Maryland.

The study's authors say that while washing your hands, keeping surfaces clean, and avoiding people who are coughing are still good preventative measures to take, they may not be enough to keep you totally safe. The takeaway? When someone is coming down with the flu, they should stay home, rather than going into work and putting others at risk.

Sheryl Ehrman, Don Beall Dean of the Charles W. Davidson College of Engineering at San Jose State University, co-authored the study. Ehrman previously worked at Maryland for nearly two decades, where she helped with developing the study, before moving to SJSU last year.

RELATED: Still want to get the flu shot? Here's where you can get vaccinated

Researchers captured and analyzed the influenza virus in exhaled breath from 142 confirmed cases of people with influenza. The study found that people with flu generate infectious aerosols even when they aren't coughing, and especially during the first few days of illness.

At Regional Medical Center in San Jose, emergency physicians are feeling the strain on resources as more people come in because of the influenza virus. Dr. John Beuerle says the emergency department is treating approximately 350 patients per day (for all types of illnesses and ailments). Officials say the number of total admits typically hovers around 250 on a daily basis.

The study, which took nearly five years to complete, was funded by the Centers for Disease Control and Prevention, as well as the National Institutes of Health. 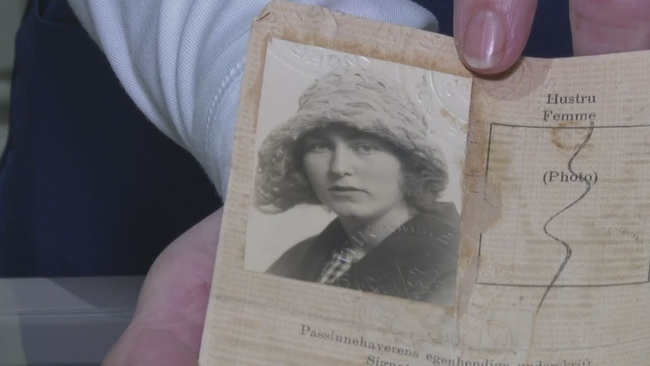 2 nurses: Her mom battled 1918 pandemic, she fights this one
CA doctors explain why flu numbers down while COVID-19 rages
1st case of flu, COVID-19 co-infection confirmed in Solano Co.