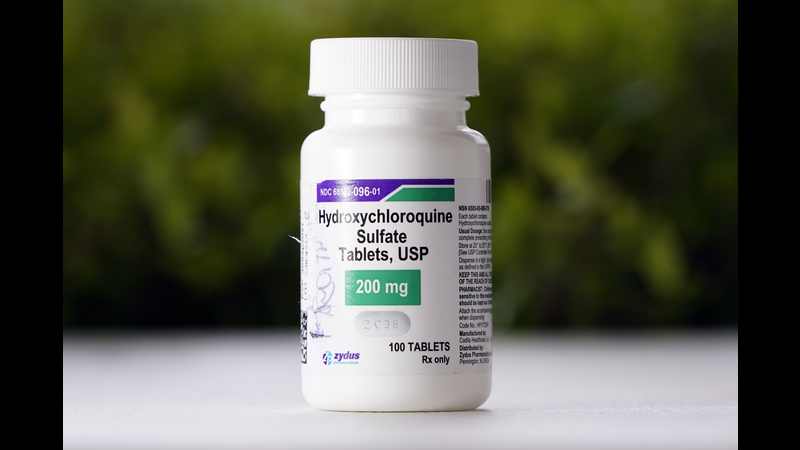 SAN FRANCISCO (KGO) -- The Food and Drug Administration is revoking the emergency use of hydroxychloroquine to treat the novel coronavirus, the agency announced Monday.

In ABC7 News' live interactive newscast at 3 p.m., UCSF Infectious Disease Specialist Dr. Peter Chin-Hong joined ABC7 News Anchor Liz Kreutz to explain what the drug was and why it was revoked.

Doctor Chin-Hong said the malaria drug is not an antiviral drug, which is probably why it's not likely to work.

"We've never had a virus treated by something that's not an anti-virus drug," Chin-Hong said. "For example, if you're taking Tamiflu, it's an antiviral drug that actually targets the lifecycle of the virus with influenza."

Chin-Hong said he, along with many in the medical field are surprised that the drugs received an Emergency Use Authorization (EUA) designation in the first place, saying there wasn't much evidence that the drug actually worked.

"We never had enough evidence, it was only in the test tube on a petri dish that killed virus but never in a human, Chin-Hong said. "And I think more than three studies now that haven't been revoked, have actually shown that it just doesn't work."

The FDA granted the EUA on March 28, 2020, based on the science and data available at the time.

When asked how significant revoking the EUA is, Chin-Hong replied, "We're not surprised by it. I had a lot of people in the scientific community actually happy because it really is consistent with how we should be approving drugs under Emergency Use Authorization. For example, the drug Remdesivir, which was made by Gilead, as a result of the trials, was put a EUA and that sequence of data...in the case of hydroxychloroquine and chloroquine, when there was no data, there was the EUA designation. Now there's data so it was revoked."

The agency said the drugs hydroxychloroquine and chloroquine are unlikely to be effective in treating COVID-19 and cited reports revealing side effects of heart complications. The FDA said the drugs pose a greater risk to patients than any potential benefits.

Chin-Hong added, "The side effects of hydroxychloroquine are mainly heart-related, so they were mainly rhythm problems that when people got put on the drug. Particularly the sicker you were, the higher the chance that you'd have it."

What does it mean for people who were already prescribed hydroxychloroquine? Should people be concerned?

"I would say that if you're in the middle of a course, I'm always one for completing the course," Chin-Hong said. "I mean, I'm not saying that there is no chance in any setting that it does work. But the evidence so far in the settings that we use for treatment doesn't seem so. But if you're on the supervision of somebody, and already in the middle of the course, I would say just finish it. If you've had problems, of course, the risk-benefit calculus would suggest that you stop it. And if you're just about the started, I would say probably don't go through that because or talk to the person who prescribed it to you because there's really less evidence and it may cause you some harm."