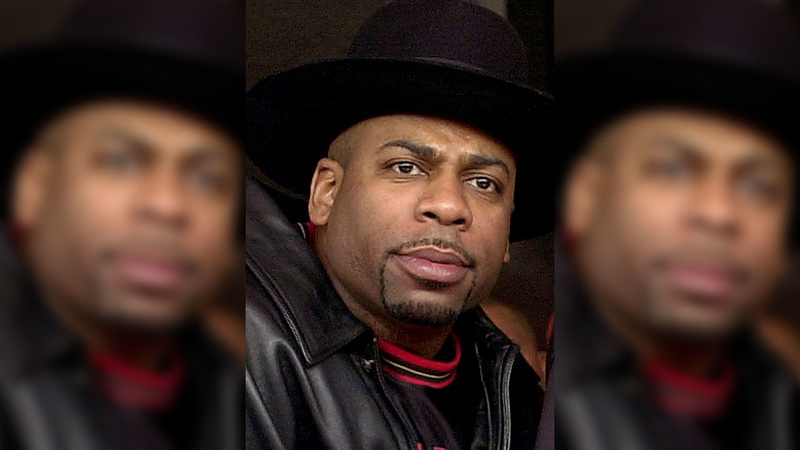 Arrests made in unsolved murder of Run-DMC's Jam Master Jay

NEW YORK -- Nearly two decades after the slaying of hip hop star Jam Master Jay, federal prosecutors said Monday they have solved one of New York City's most enduring unsolved killings, charging two men while suggesting the artist, celebrated for his anti-drug stance, may have been ambushed over a cocaine deal.

The suspects were identified in court papers as Ronald Washington, who is currently serving a federal prison sentence stemming from a string of robberies he committed while on the run from police after Jay's 2002 death, and Karl Jordan Jr., who is also charged with engaging in an alleged cocaine distribution conspiracy in 2017.

"This is a case that has been around for a long time," Acting U.S. Attorney Seth DuCharme said at a news conference announcing the charges.
EMBED More News Videos

Washington, who had reportedly been living on a couch at Jay's home in the days before the killing, was publicly named as a possible suspect or witness as far back as 2007. Prosecutors allege he waved a handgun around and ordered people in Jay's Queens recording studio to lie on the ground, providing cover while Jordan fatally shot him in the head on Oct. 30, 2002.

"They walked in and murdered him in cold blood," DuCharme said.
EMBED More News Videos

NYPD Chief of Detectives Rodney Harrison, a Queens native and self-described Run-DMC fan, said "this arrest was very important to me."

Washington and Jordan were engaged in a conspiracy to distribute five kilograms of cocaine at the time of Jay's killing, according to their indictment. Prosecutors did not say if Jay had any role in the conspiracy. DuCharme and other law enforcement officials didn't take questions.

If convicted, Washington and Jordan each face a mandatory minimum sentence of 20 years in prison and a maximum of life in prison, or the death penalty. Prosecutors said in court papers that Attorney General William Barr had not yet decided whether to seek the death penalty.

Jordan is scheduled to be arraigned on Monday via teleconference because of coronavirus-related precautions. Washington, who is imprisoned in Kentucky, will be arraigned later this week, prosecutors said.

Prosecutors have asked that both be jailed pending trial.

Jay was shot once in the head with a .40-caliber bullet by a masked assailant at his studio in Hollis, the Queens neighborhood where he grew up, police said at the time. He left behind a wife and three children.

Police identified at least four people in the studio with Jay, including the two armed gunmen. The city and Jay's friends offered more than $60,000 in reward money, but witnesses refused to come forward and the case languished.

Jay's acquaintance with Washington upset his family. Before sleeping on Jay's couch, Washington had been linked to the 1995 fatal shooting of Randy Walker, a close associate of the late Tupac Shakur.