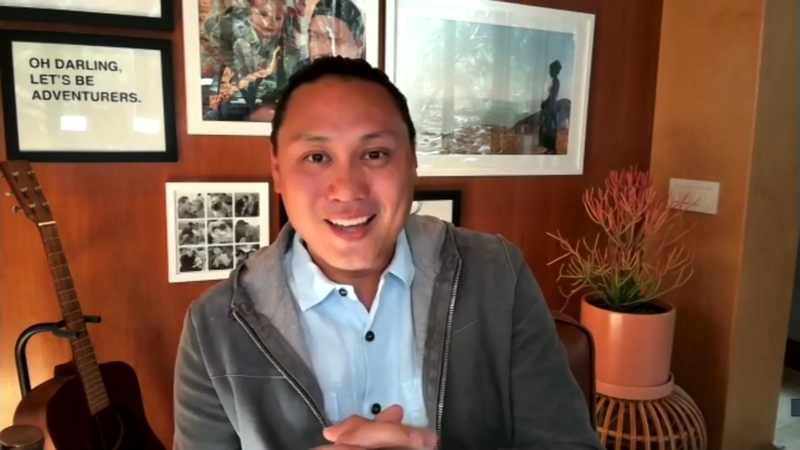 SAN FRANCISCO (KGO) -- Hollywood film director Jon Chu of "Crazy Rich Asians" and "In the Heights" fame spends most of his time behind the camera. But he is one of the faces in a new Warner Media PSA to address the rising tide of violence against Asian-Americans. He appeared on ABC7 News' "Getting Answers" newscast and told anchor Kristen Sze that people with a platform need to speak up against racism.

"We have felt this and stayed quiet about it and just smiled and moved on for our whole lives," he said. "It's really great that we have a moment now, we can all join hands and say, 'Stop the jokes, stop ignoring this, we are not ok.'"

Chu now lives in Los Angeles. But he was born in Palo Alto and grew up in Los Altos, where he spent many afternoons helping out at his family's iconic Chinese restaurant, Chef Chu's in Los Altos. Although Chu encountered a diversity of people, including the late Apple CEO Steve Jobs, he also encountered racism. But his dad Lawrence Chu always told them to be ambassadors, and not to let racist comments get them down.


Chu says that means it's time to speak up.

The filmmaker notes that while his family receives a great deal of community support, they still encounter overt or subtle racism. Chu says seeing that, coupled with the increased attacks on Asian Americans this past year, he's more motivated than ever to tell the stories of Asian-Americans.

"We're not some foreign entity here to take over your land in some way," he said. "We're part of America. Asian American history is American history. And now it's time to learn that history."

Throughout his career, Chu has known that representation matters. Ahead of the release of his smash-hit "Crazy Rich Asians," he talked with ABC7 News about the sense of responsibility he felt. The film was the first Asian-American focused studio movie since Joy Luck Club more than 25 years ago. Chu turned down a huge offer from Netflix and went with Warner Brothers to ensure the film would be seen in theaters. He knew that the success of the film would enable more Asian American stories to get the greenlight. The success of "Crazy Rich Asians" has, in fact, opened up many opportunities for AAPI directors, producers and actors.

While "Crazy Rich Asians 2" is still in development, Chu has wrapped with Lin-Manual Miranda's "In the Heights," a musical about Dominican-Americans set in New York City. He sees a common thread in the stories of immigrants.

"The solution is very similar," he said. "It's showing each other who we are."

"In the Heights" will be released on June 11. No date yet for "Crazy Rich Asians 2." But Chu promises to keep us posted.