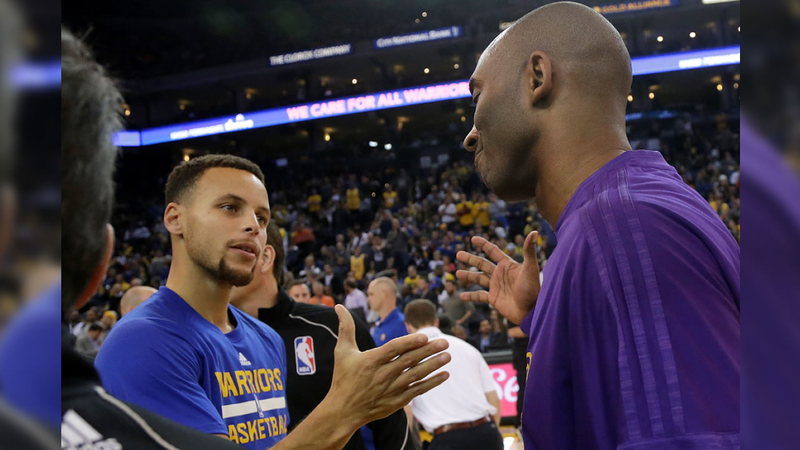 SAN FRANCISCO (KGO) -- I never had a chance to meet or interview Kobe Bryant, but I watched plenty of his games growing up. January 26, 2020 is a day basketball and sports fans around the world will never forget. A moment you remember exactly where you were when you heard the news.

Even to this day, it's still hard to believe it's been one year since Kobe Bryant, his daughter Gianna and seven others died in a helicopter crash in Southern California. Personally, I received the news over the phone from a co-worker while I was in Miami covering the 49ers in the Super Bowl last year. Initially, I didn't want to believe what I heard. But the tone of the day immediately changed, once the worst was confirmed.

REMEMBERING KOBE -- This @kobebryant tribute video played last February at @ChaseCenter ahead of a @Lakers vs @warriors game and still give me chills. RIP to the 9 souls that passed on that fateful day. #ABC7Now #DubNation #LakeShow #RIPKobe pic.twitter.com/KN8IwDlGLe

Over the past week, I've had a chance to talk with Warriors players and head coach Steve Kerr on where they were that day and their memories of the late Kobe Bryant.

"Nothing happened for 10 minutes, we all just sat there in silence," said Steve Kerr, Warriors Head Coach. "It was one of the worst moments of all of our lives."

Steve Kerr also shared memories of playing against Kobe. "I just remember him asking Michael Jordan all these questions... think about most 18-year-olds they'd be scared to death to go against Michael. He was just inquisitive, it's pretty remarkable." #ABC7Now #DubNation pic.twitter.com/XFTAs160O9

It was a resonating moment for the entire team when the news broke last year.

"I can close my eyes and vividly remember every single thing," said Damion Lee, Warriors Guard. "We kind of just cut practice short, went home and guys are like 'this is bigger than basketball, go spend time with your family.'"

On the court, Kobe was known for his Mamba mentality, something Stephen Curry and Draymond Green saw early in their careers.

.@StephenCurry30 shared a cool story about @kobebryant from his rookie year in a preseason game, "The look he (Kobe) gave me was so damn disrespectful it was crazy. That was kind of my welcome to the league moment." 🤣#ABC7Now #DubNation https://t.co/onwSD4YVTd pic.twitter.com/TUSvpw56sx

"I'm this scrawny, 170 pound rookie coming in and the look he gave me was so damn disrespectful it was crazy," said Stephen Curry, Warriors Guard. "That was kind of my 'welcome to the league' moment."

Even for the younger generation, Kobe made his presence felt.

"Had some words with Kobe Bryant and it was one of the greatest moments of my life," said James Wiseman, Warriors Center. "Like as soon as he walked into the room it gave me chills, it was crazy."

Another guard emphasized his impact on other people like himself.

"Said something in Italian and got his attention. He came over and got a knee and talked to me for 10 minutes just about everything, asking me how school was and how basketball was," said Nico Mannion, Warriors Guard.

"For him to be one of the best basketball players in the world and take 10 minutes out of his day to just come get on a knee and spend time with me just really opened my eyes that it's bigger than basketball. He made a memory for me that will last me a lifetime."

Tomorrow marks the one year since Kobe Bryant has passed, @niccolomannion shared a great memory of meeting Kobe as a kid. Speaking Italian came in clutch on this day. This is great. #ABC7Now #RIPKobe pic.twitter.com/tYfxErzWGo