KGO
By Eric Thomas
SUISUN BAY, Calif. (KGO) -- Seven years and 57 ships later, the last old vessel polluting Suisun Bay is getting ready for a final voyage to a ship recycling yard in Texas. The mothball fleet sat unused for decades; a floating toxic waste dump. Here's a look at how a legal fight got us to this point.

Crews at Mare Island are preparing the cargo ship Cape Borda for her final voyage to a Texas wrecking yard. After being laid up for years in the mothball fleet at Suisun Bay, she's the last ship from there scheduled to be dismantled.

"We had to get 57 ships done in seven years," said Joel Szabat with the U.S. Maritime Administration. "That was a heavy, heavy lift. But we finished about almost two months early."

The Navy began storing surplus ships in Suisun Bay after World War II, reaching a peak of more than 300 in the 1950s. They were supposed to be able to quickly go back into service in an emergency, but most contained a toxic soup of chemicals.

"We're talking approximately 57 vessels that were shedding toxic paint, that were laden with metals like zinc and mercury and lead and all of this was getting directly into Suisun Bay," said Sejal Choksi-Chugh with SF Baykeeper.

That's up to 20 tons of toxic chemicals over the years. In 2009, environmental groups and the state of California sued the federal government. The result was a consent decree requiring the feds to remove the ships. The work went quickly at first, because scrap metal prices were high. The feds were literally making money scrapping the ships. In fact, things went so well, it has become a model for the fleet.

"What we learned out here in California will be implemented in our other two fleet sites, one in Virginia and one in Texas," said Kevin Tokarski with the U.S. Maritime Administration.

You will still see ships in Suisun Bay, ready for reactivation if the country needs them again. But these ships won't have nearly the amount of pollution inside than the old ones.
Report a correction or typo
Related topics:
suisun cityenvironmenttoxic wastepollutionnavyu.s. & world
Copyright © 2020 KGO-TV. All Rights Reserved.
POLLUTION 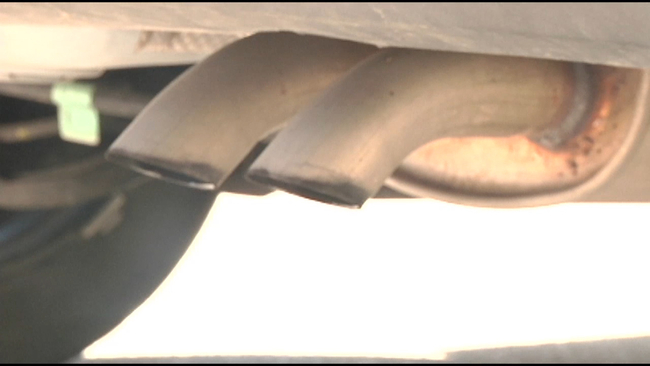