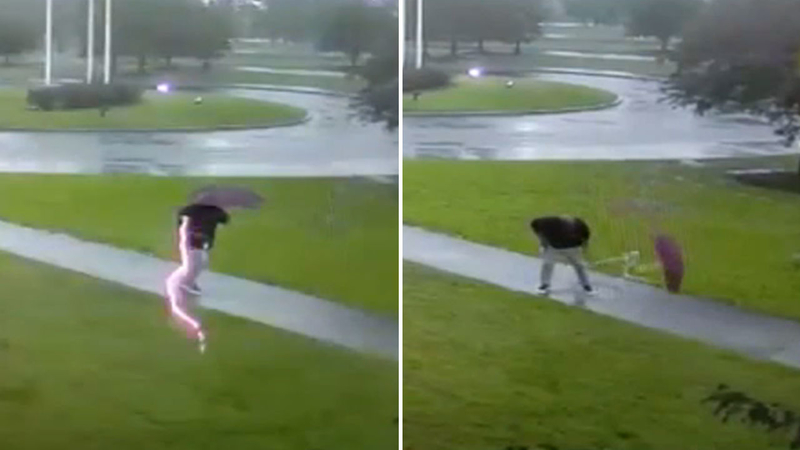 CONWAY, South Carolina -- Surveillance video captured the moment a man was struck by lightning as he walked outside during a storm.

The incident was reported just after 6:30 p.m. Thursday night outside the Academy for Technology and Academics.

A school counselor, Romulus McNeil, said it was orientation night for students and parents at the school.

He said everyone was contemplating if it was safe or not to exit the building as it started storming.

McNeil told WPDE Meteorologist Ed Piotrowski that he said, "I hope I don't get struck by lightning," right before the incident happened.

Fortunately McNeil was OK after the lightning strike.

MUST-SEE VIDEO! Romulus McNeill was walking out of the Academy for Technology and Academics located near Conway and was struck by lightning! As you would imagine, it freaked him out. Thankfully, he's ok! (After one take at normal speed, I slowed the video down) #scwx #ncwx pic.twitter.com/9pPyNjkr2U