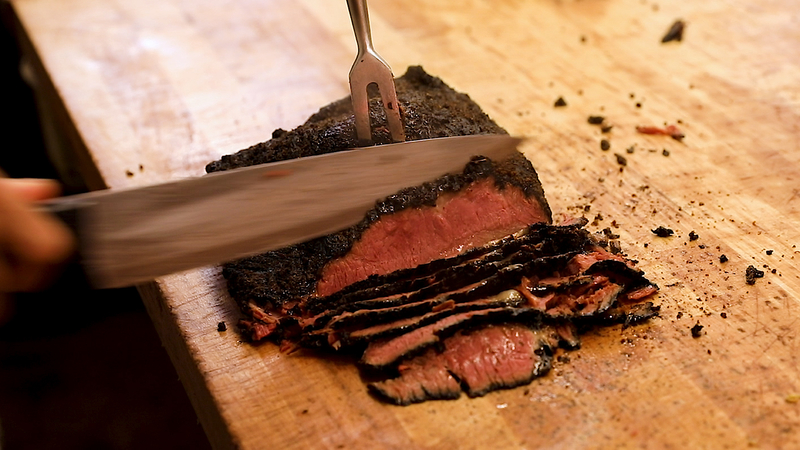 Dine outdoors at Katz's for first time in 132 years

LOWER EAST SIDE -- Not many businesses can say they were open during the last pandemic, more than a century ago, but when a deadly flu strain gripped the world in 1918, Katz's Delicatessen was already entering its 30th year in the deli trade.

This time around, with COVID-19 crippling the city's restaurant business, the Lower East Side institution went where it had never gone before -- Katz's went outside.

"For the first time in our history, we're doing outdoor dining," says fifth-generation owner Jake Dell. Dell says he "grew up" at this smoked-meat emporium and even had his bar mitzvah here. So saving the deli, and giving back to his neighborhood, were paramount when COVID-19 all but shuttered the city.

Todd Warshall and his father, Michael, recently enjoyed a couple of sky-high pastrami sandwiches at Katz's, a tradition they've practiced for decades under fluorescent lights in the restaurant's usually bustling dining room. But for the first time, they broke bread on the sidewalk, under the summer sunshine.

"Nothing's changed. The food is outrageous," Michael says. "I like sitting out here better than going inside! A day like today, this is fantastic."

Dell took part in conversations with Mayor Bill de Blasio and other city leaders during the early stages of reopening plans, helping influence the eventual push for an outdoor dining program.

While other parts of the state now allow indoor dining, New York City -- hardest hit by COVID-19 -- has decided that's a step too far for now. So Dell is proud of how restaurants citywide, especially his own, have adapted -- and survived. City officials recently said 80,000 jobs have been saved by moving restaurant tables onto sidewalks and streets.

"There's definitely something very 'Katz's' about the way we did it. Hey, we've got a pickle barrel with a plant in it. If that's not Katz's, I don't know what is."

Customer Matt Gebhard, relaxing at his sidewalk table, says "it's nice being able to eat at Katz's outdoors and not have to find a..." "A park bench to sit on," chimes in Gebhard's dining companion, Peter Malfatti, finishing his buddy's sentence, but certainly not his sandwich. This is Katz's pastrami, after all.

Dell realizes a juggernaut with a thriving online business like Katz's was unlikely to suffer as much during the pandemic as other shops and people have, so he's led the deli's effort to give back to the community during the crisis.

The inspiration of a 132-year-old dog learning a new trick is not lost on the newest generation of Katz's patrons.

"If a place as established and old as Katz's can adapt, it's a great symbol for the rest of us," says customer Dylan Garvey.

But some things, Dell assures, will never change.