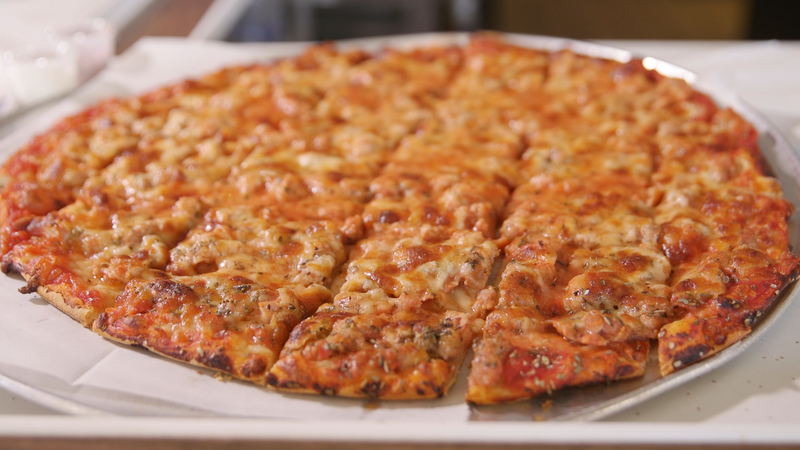 CHICAGO -- A Southside pizza joint claims they are an icon in the city. Vito and Nick's is Chicago, according to its owners.

The establishment is not only 100 years old, but they've been doing pizza for the last 75 years. The owners say they may also be one of the oldest businesses still in business in the city of Chicago.

"The Chicago style pizza is this Vito and Nick's style pizza," said ABC7 Chicago's Hungry Hound Steve Dolinsky. "There's a reason it's been here this long, people love it."

"It certainly is a special year, it's 100 years of business. Vito and Nick's started in 1920 as Vito's Tavern," said owner Rosemary Barraco George. "My grandmother made some foods. She had sausage sandwiches, and pizza began after World War II when my dad came home from the service."

George said in 1945, her father had been writing her grandmother to find a recipe to make a real thin crust.

"When he came home she had perfected it," George said, "and I'm so happy that it has come this far with six generations to be, five of them are working at this moment."

People have been coming to dig into this pizza for generation after generation.

"The best pizza in the Southside of Chicago. We have 17 years of being married and this was our first date," said one patron.

"When you talk about Chicago style pizza, this is really what you're talking about - thin," Dolinsky said.

"It stands up to most any ingredient that we put on top," said George.

"It originated back in the prohibition era when bartenders realized, [they could] get people to buy more beers if they give them something salty to eat," Dolinsky said. "You hold them on a cocktail napkin one square at a time."

"Plates only came maybe about 15-20 years ago here, and the old timers that come in here refuse the plate. They want to eat it off a napkin, like they always did," George added.

George says she is just fulfilling a promise and the dream of her grandparents.

"I'm not Vito and Nick and I never will be," she said. "But I just want to make sure their legends live on."
Report a correction or typo
Related topics:
chicagopizzabite sizelocalishwls
More Videos
From CNN Newsource affiliates
TOP STORIES