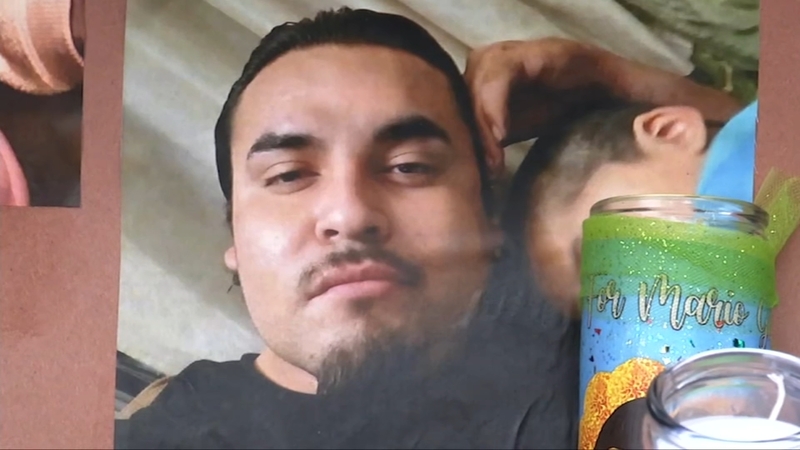 SAN FRANCISCO (KGO) -- The death of Mario Gonzalez in April as he was being restrained by Alameda police employees has been ruled a homicide by the Alameda County coroner's bureau, city officials said Friday.

On April 19, Alameda police responded to a call for a disorderly person in a public park. Police body camera video showed officers pinned Gonzalez face down to the ground for approximately 6 minutes and 17 seconds.

The newly released Alameda County Coroner's Autopsy Report concludes the cause of death for Gonzalez is the "toxic effects of methamphetamine" with other significant conditions as the "physiologic stress of altercation and restraint, morbid obesity and alcoholism." The manner of death is classified as a homicide.

"My heart goes out to the Gonzalez family...I am committed to a thorough investigation," said Alameda Police Chief Nishant Joshi during an interview with ABC7 News.


"Mario would not have died but for the prone restraint these officers inflicted on him," said Haddad.

"Despite what some of the contributing factors may have been around him either being intoxicated or his state of health the fact is clear that he would be here today if not for his interaction with the police," said Pointer.

Both are now calling on the Alameda County District Attorney to evaluate the case as a homicide and consider bringing charges against the officers.

"I just hope that the District Attorney has the courage to do the right thing," said Pointer.


The Alameda County DA's Office tells ABC7 News it is an ongoing investigation and they do not have a statement at this time.

According to Chief Joshi it is up to the Alameda District Attorney's Office to determine whether charges are appropriate against the officers involved.

"While we wait for the District Attorney's office to make their decision and with the knowledge of the Coroner's report, the City will work diligently towards completing its ongoing independent investigation and take appropriate action," said Chief Joshi.