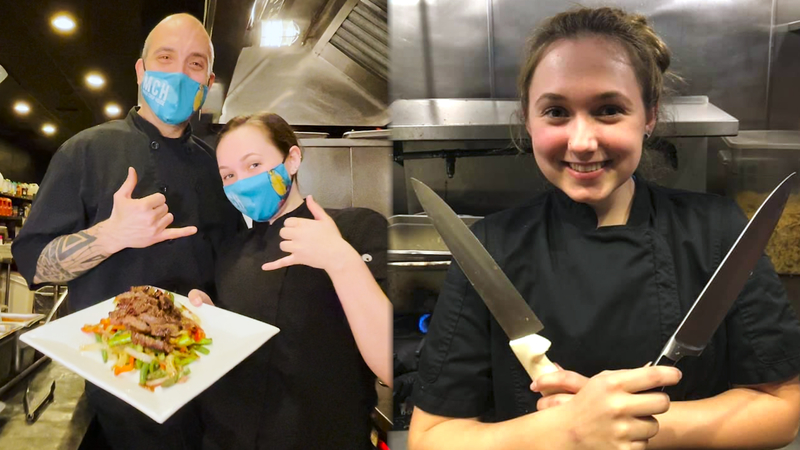 ROCKY POINT, New York -- Since she was just 14 years old, Long Island's Madison Bender has worked in the restaurant industry.

A mere four years later, the now 18-year-old holds the impressive title of sous-chef - the second in command to the top chef - at the Maui Chop House in Rocky Point.

"I never thought I was going to get here because I waitressed, I bussed, I hosted," Bender said. "I never saw myself ... getting the responsibility being like a sous-chef in the back of a kitchen."

"I found my passion for cooking at a really young age," Bender said. "My teachers really inspired me."

In June 2020, she graduated and started to work her way to the top of the kitchen.

John Louis, the head chef and owner of the Maui Chop House, found Bender when she came in for an interview. She was recommended by his restaurant manager, who was one of her teachers at Rocky Point High School.

"I have two young daughters, so I'm a big proponent of empowering young females and just young professionals in general," Louis said. "Working with her watching her grow, watching her mature, and watching her hit it out of the park, it's great. It's going very well."

Bender also juggles the responsibilities of being a full-time student at Suffolk County Community College, where she is studying education. Bender hopes to follow in her boss' footsteps and own her very own restaurant one day.

"I just encourage all owners and chefs to really open their minds and listen to the younger generation," Louis said. "They have great ideas, they have great energy, and you find the right one and you can hit a home run."