'May the 4th be with you': Baby Yoda helps ring Wall St. opening bell 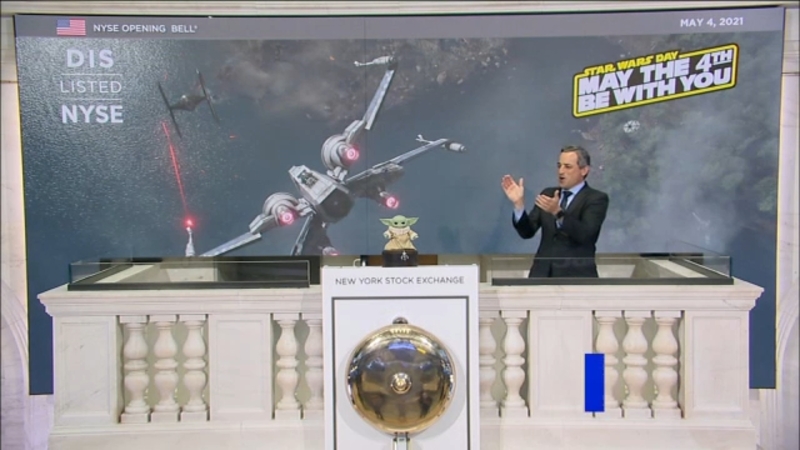 The next year, the date was reset to May 4th when a full-page ad appeared in the May 4, 1979 issue of The London Evening News to congratulate British Prime Minister Margaret Thatcher on her taking office that day.

"May the Fourth Be With You, Maggie. Congratulations!" it read.

In the years since, Star Wars fans use this day to honor and celebrate that galaxy far, far away.

It has grown in popularity over the years, and to celebrate, the Walt Disney Company virtually rang the New York Stock Exchange's opening bell Tuesday -- with a little hep from Baby Yoda.

The Disney+ streaming service is marking May 4 by releasing an all-new Star Wars series, a Star Wars-themed "The Simpsons" short, and more.

Since "May the 4th Be With You" doesn't carry the same witty punch when translated into other languages, "Star Wars Day" has been adopted to establish a global meaning for this annual worldwide celebration.