3 dead, as many as 99 missing after Miami-area condo building partially collapses

35 occupants of the 136-unit Champlain Tower South -- including those injured and killed -- were pulled from the rubble.
ABCNews
By Jon Haworth and Alex Meier 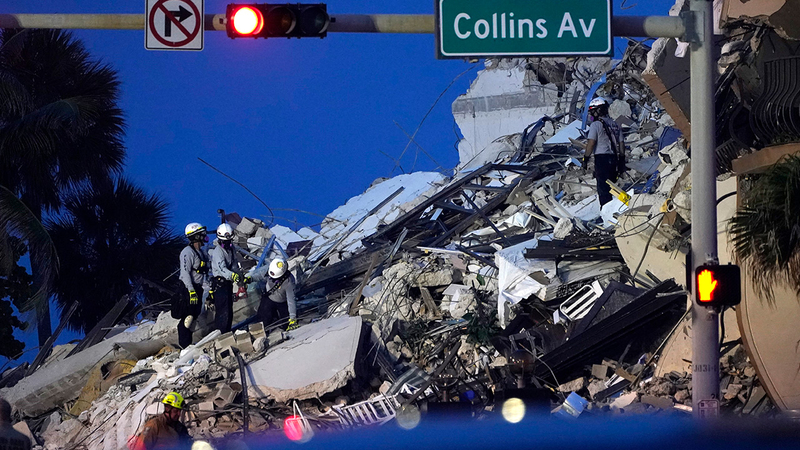 At least 3 dead, up to 99 missing in Florida building collapse

SURFSIDE, Fla. -- At least three people have died and up to 99 are missing after a multi-story building partially collapsed in southern Florida's Miami-Dade County.

During an evening briefing on Thursday, officials said 102 people have been identified and declared safe.

As search efforts continue for residents inside a partially collapsed building, Miami-Dade Mayor says at least 102 people have been declared safe, 3 were killed and 99 are unaccounted. 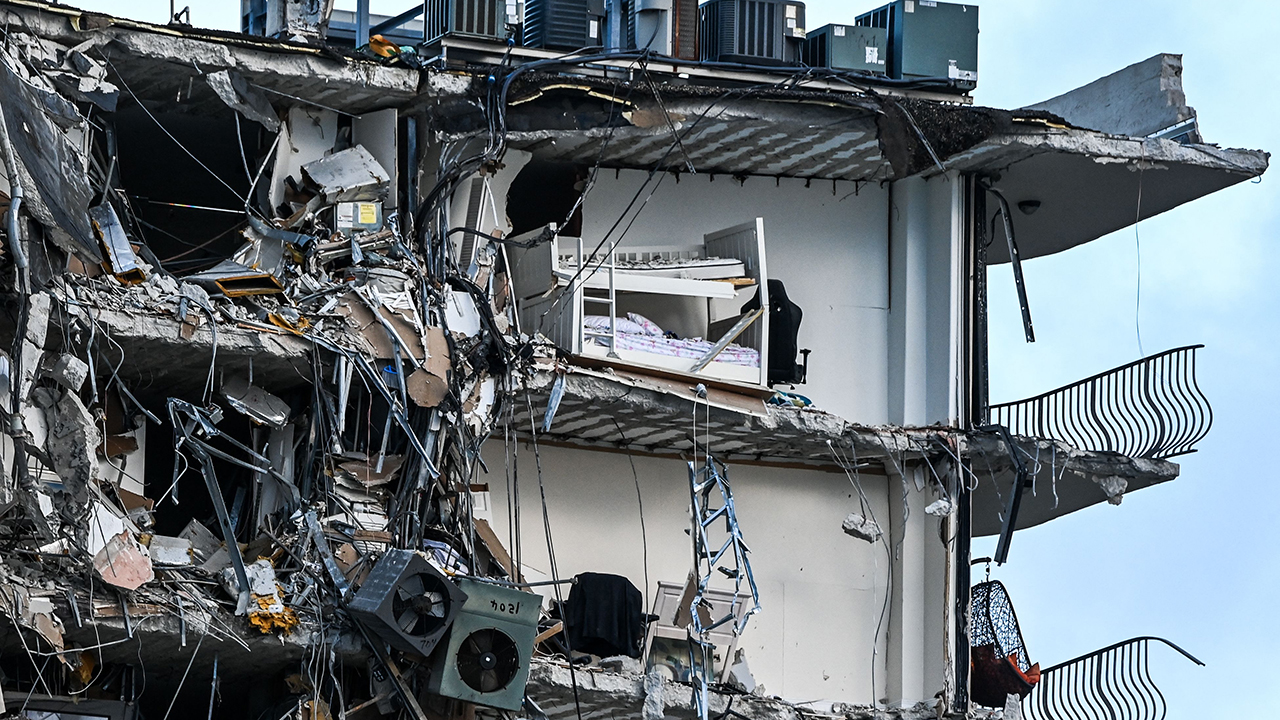 Rubble hangs from a partially collapsed building in Surfside north of Miami Beach, on June 24, 2021.

Burkett said at least 10 people, including the person who died, were treated for injuries on-site. One person was taken to the hospital in critical condition. He added that 15 families walked out of the building on their own.

The mayor said the collapse happened around 1:03 a.m. -- meaning the building was likely filled with sleeping residents -- and fears the death toll could rise.

"It's heartbreaking because it doesn't seem to me ... that we will find people alive," Burkett said.

"We'll hope for the best in terms of additional recoveries, but we are bracing for some bad news just given the destruction we are seeing," he said during a press conference.

It's unclear how many people remain unaccounted for, but witnesses told Miami ABC affiliate WPLG that more people are still trapped inside. Multiple local officials tell ABC News there could be as many as 99 people unaccounted for based on the number of people in the building.

The Paraguayan president's sister-in-law and her family are among the missing, the country's foreign ministry confirmed. The first lady's sister Sophia Lopez Moreira, her husband Luis Pettengill, their three unidentified children and nanny Lady Luna Villalba were in the building at the time of the collapse, officials said.

A massive search and rescue operation was underway into the morning, as crews carefully checked the wreckage and remaining structure for survivors. Footage from the scene showed firefighters pulling a boy from the rubble alive and rescuing other people from balconies.

Footage from the scene showed firefighters pulling a boy from the rubble alive and rescuing other people from balconies.

The Miami-Dade Fire Rescue said it has sent more than 80 units to the scene. Multiple police and fire departments from across Miami-Dade County were deployed to assist, according to the Miami Beach Police Department. People in neighboring buildings have been evacuated to a nearby recreational center, one witness told ABC News.

MBPD and @MiamiBeachFire are assisting the Town of Surfside at a partial building collapse located at 8777 Collins Avenue in Surfside, Florida. Multiple police and fire agencies from across Miami-Dade are assisting. Please follow @MiamiDadeFire for updated information. pic.twitter.com/8tORIfZfjY

It was unknown what caused the collapse. Burkett said the building was built in the 1980s and characterized a collapse like this as "less likely than a lightning strike."

Witnesses said construction was ongoing on Champlain Tower South's roof, but Burkett said he does not see how that caused the wreck.

The collapse appeared to affect one leg of the L-shaped tower. Piles of rubble and debris surrounded the area just outside the building, and cars up to two blocks away were coated with a light layer of dust from the debris.

The seaside condo development was built in 1981 in the southeast corner of Surfside. It had a few two-bedroom units currently on the market, with asking prices of $600,000 to $700,000.

The area has a mix of new and old apartments, houses, condominiums and hotels, with restaurants and stores serving an international combination of residents and tourists. The community provides a stark contrast from bustle and glitz of nearby South Beach with a slower-paced neighborhood feel.

Mike Marza has the latest on a horrifying condo building collapse in Surfside, Florida that has left three dead and as many as 99 missing.