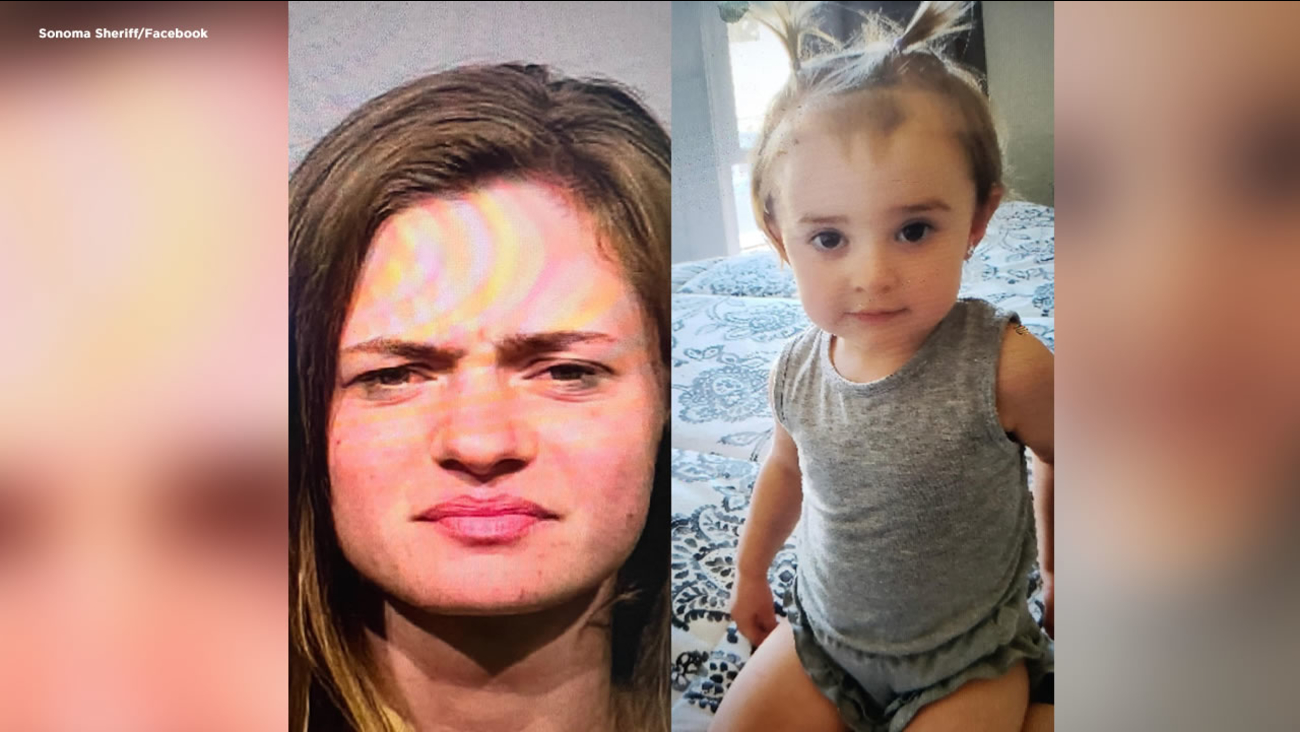 Makenzie Privitt, 2, is pictured next to a photo of her non-custodial mother Shelby Privitt, 20. (Sonoma Sheriff/Facebook)

THIS IS A BREAKING NEWS UPDATE, original story follows below.

The Sonoma County Sheriff's Office on Monday is asking the public's help in finding a missing toddler believed to have been kidnapped by a non-custodial parent.

Two-year-old Makenzie Privitt is described as White and was wearing a pink shirt, black pants, and pink shoes. The girl was allegedly taken by her mother from her grandmother's house, the sheriff's office said.

The toddler had been placed in the custody of the grandmother and was not supposed to be with her mother, Shelby Privitt, according to the sheriff.

The mother and the child were last seen walking east on Highway 12 toward Santa Rosa.