"He stayed with me for 20 years, but I have to spend a whole life to remember him."
KGO
By Dion Lim 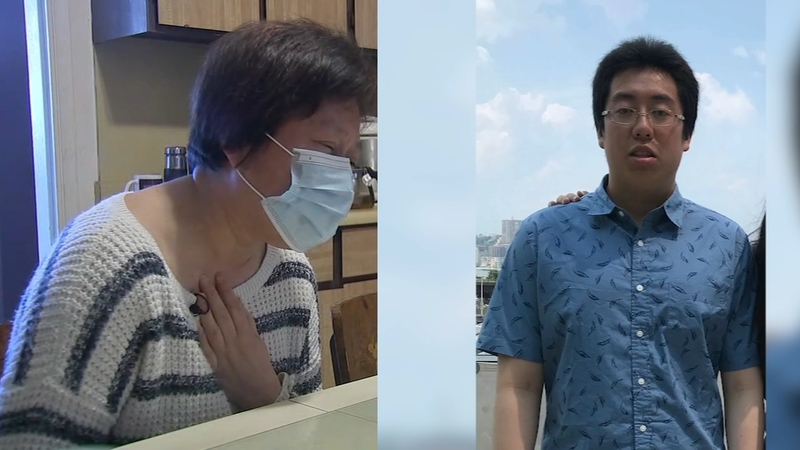 SAN FRANCISCO (KGO) -- A San Francisco mother is sharing her story of pain for the first time after her son was shot and killed nearly one year ago while walking in the Portola neighborhood.

Monica Chew clutches her chest and sobs as she shares what the past year has been like.

"It's getting worse. Our family got destroyed. I don't know how we can go forward. We need justice."

Monica pulls down the neckline of her sweater and shows a small device on her chest and explains she has a heart condition. It is clear that condition is now compounded with unbearable heartbreak over the death of her son Kelvin in May of 2020.

"Why did they take him out? He did not do anything!" exclaims his mother.

Kelvin's sister Jessica says her brother, who was 19 at the time of his death, loved martial arts and excelled at school. He was preparing to transfer from City College to UC Santa Cruz in the fall.

His grandmother says he didn't choose community college at first so he could save money. Needing a break from Zoom classes Kelvin went for that walk. As his family waited for Kelvin to return and join their evening card game his mother began to worry when he didn't come back.

She went out to look for him just blocks away from their home and her world changed forever.

"His eyes were still open, there was a lot of blood on the floor...this tore my life."

Fagamalama Pasene, 26, and Zion Young, 19, were arrested soon after. Documents ABC7 News anchor Dion Lim obtained show Young was out pending multiple gun charges including carrying a loaded weapon in December of 2019 and then again a little over two months prior to Kelvin's murder.

While his sister believes her brother's alleged perpetrators were after his cell phone, his mother is still baffled by why anyone would attack her son.

"I don't know if they hate him because he had no money to give them and he killed them. It's more than a robbery. It's more than that. I need them to give me a reason. Give me justice!"

That justice is not just for her own case but for her community, during a time when so many Asian Americans are under attack.

"It's not easy for an immigrant for 20 years...we contribute to this country we should be respected. We need respect."

She is sharing her story now and looking at photos of her son for the first time since his passing so others realize her pain and hopes no other family has to feel the same.

"He stayed with me for 20 years, but I have to spend a whole life to remember him. I don't think a human can go through it."