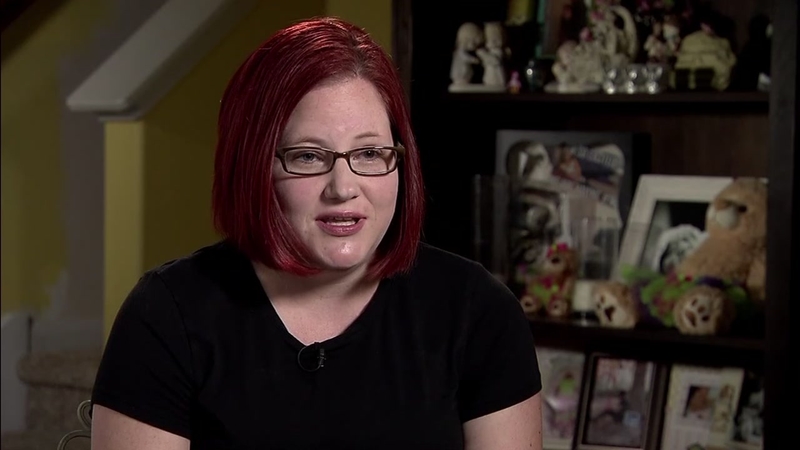 MONTGOMERY COUNTY, Texas -- A woman who posted video of a domestic violence victim ringing a doorbell in the middle of the night says she's been overwhelmed by what happened in the last week.

Jennie Drude says her phone has been ringing off the hook since posting the black and white video over the weekend.

On Wednesday, there was a break in the search for the mystery woman when the victim's boyfriend shot himself to death just down the street.

Drude says not much was known about their new neighbors, who she says moved into Sunrise Ranch only three weeks ago.

After a frenzy of law enforcement activity in their three-street community on Wednesday, Drude says she and neighbors are in shock.

"During Hurricane Harvey, we helped each other fill sandbags and we watch each other's kids when they are playing outside, so it was very odd to have a neighbor who would do something like this," Drude said.

Just days ago, Drude and a friend decided to post the Ring doorbell video on social media after seeking tips from neighbors on a community Facebook page and coming up empty-handed.

"A day later, it had like a million views," Drude said.

She says calls from the families of missing women around the world started to stream in, some believing the grainy image of the woman was their loved one.

Drude also fielded calls from would-be sleuths who thought they could crack the case.

"Everybody thinks they can solve a crime. There was even a Facebook group made called 'Sunrise Ranch mystery girl.' And it was just people speculating on what was happening," Drude said. "There was literally an eight-second video, and people came to all these conclusions and theories."

In the end, Drude says she is glad the woman's face got out there and that she is somewhere safe.