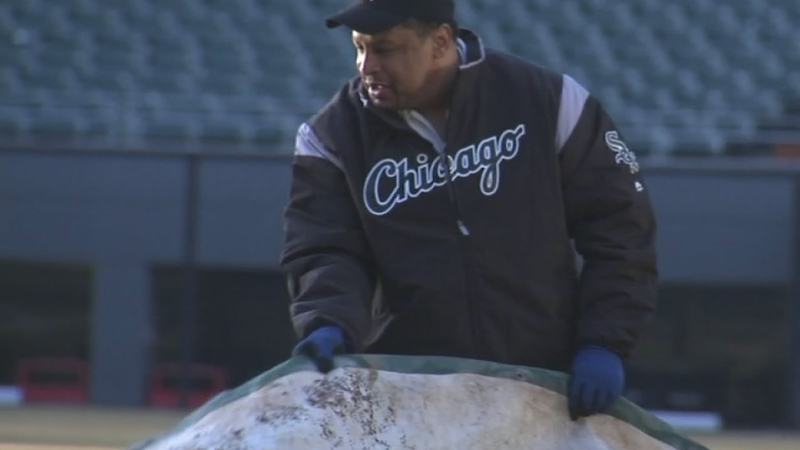 CHICAGO -- After a two-decade long gap in his resume, Nevest Coleman returned to the grounds of Guaranteed Rate Field Monday.

Imprisoned for a rape and murder he didn't commit, Coleman was exonerated and released in November.

On Monday, Coleman picked up right where he left off 23 years ago, as the Chicago White Sox welcomed him back with open arms.

It was a surreal moment for Coleman, reporting to Gate 4 with lunch bag in hand and walking the field with Jerry Powe and Harry Smith. The last time they punched the clock together was in 1994.

"I knew I got off work, and then next thing I knew I ain't see the streets no more. That's about all I knew," Coleman said.

Coleman and co-defendant Darryl Fulton were convicted and sentenced to life in prison for the rape and murder of a 20-year-old woman in Englewood. But in November, 23 years into their sentences, they were exonerated and released.

Coleman returned to his grounds keeping job for the White Sox in high-spirits, happy to pick up where he left off.

"The past is the past now. There's no more anger upset frustration. When I was in there, I was miserable, but now I've got my loved ones behind my on my side, that misery is gone now," Coleman said.
His co-worker Jerry Powe, is now his boss.

"He was a good, excellent worker. We're glad to have him back," Powe said.

And co-worker Harry Smith could hardly contain his excitement.

"I almost cried when I saw him because I hadn't seen him in a long time. I didn't even know he was even out," Smith said.

Coleman got straight to work, power-washing the area around Gate 4 and looking forward to a new life and White Sox Opening Day.