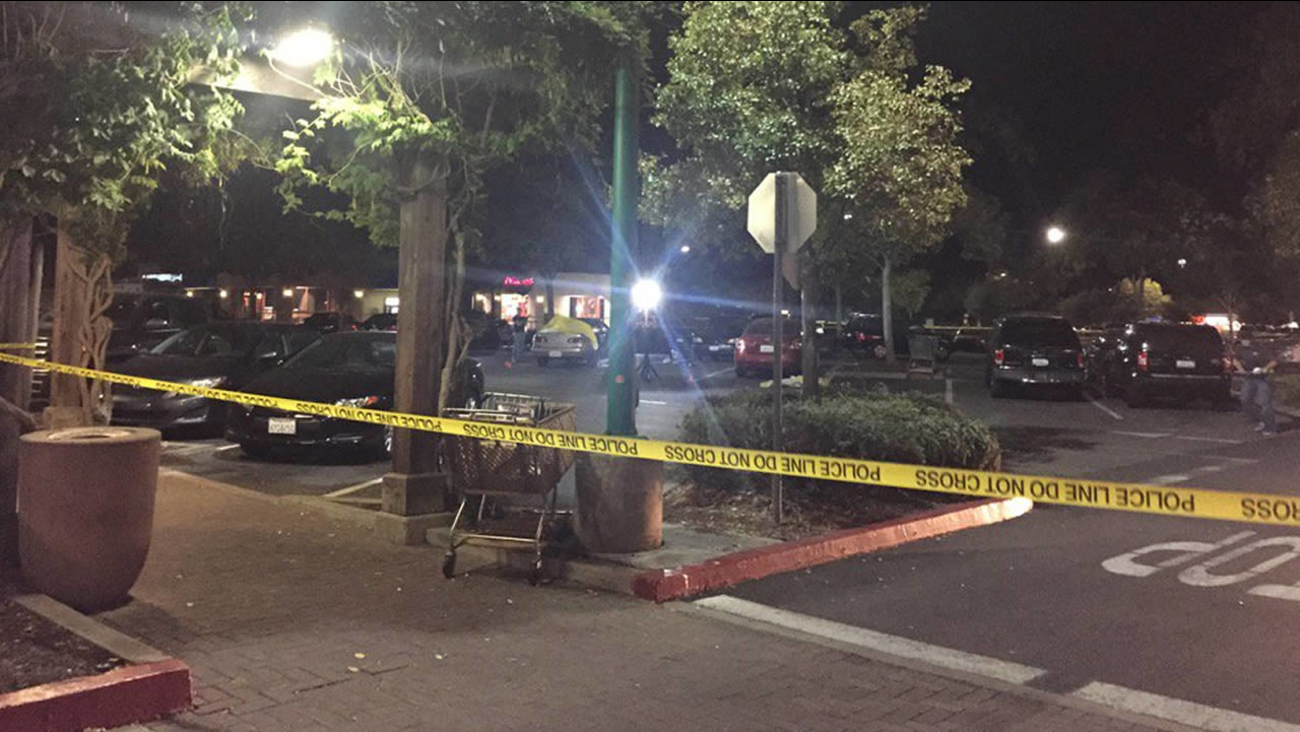 Police are investigating a fatal shooting at a Livermore shopping center on First Street on Saturday, October 24, 2015. (KGO-TV)

Police tell ABC7 News that two people were shot inside of a vehicle in the parking lot of the busy shopping center anchored by a Safeway grocery store.

One deceased, one injured. Two suspects with assault rifle on the loose last seen in Oakland.

Witness just described the gunfire as being unlike any he'd heard before. PIO will brief us soon. pic.twitter.com/duQMvfvuRe

The first suspect is described as a black male with a tall, thin build. He was wearing a gray beanie cap. This suspect was armed with a black long gun.

The second suspect was only described as a male. They are considered armed and dangerous.

Other cars parked within the crime scene perimeter are here for a while. @LivermorePolice handling case by case pic.twitter.com/HLIbh9wNNX