Consumer Reports: Where sugar hides in your food 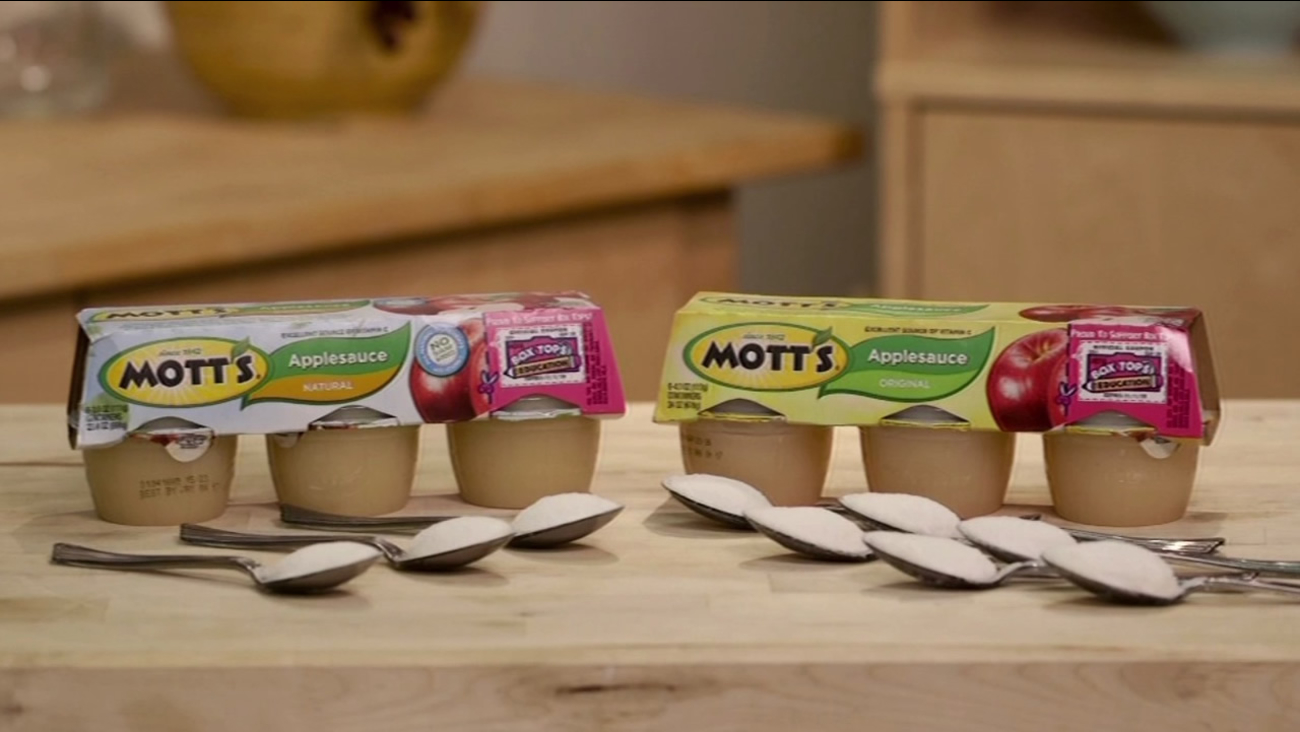 Mott's Natural Applesauce is seen in this undated image. (KGO-TV)

SAN FRANCISCO (KGO) -- Consumer Reports teamed up with 7 On Your Side for a report on hidden sugar in your food.

It's no secret foods like soda and doughnuts are packed with added sugar, but it's also hiding where you'd least expect it such as in nutritious, sounding foods. Consumer Reports said you may be eating more of the sweet stuff than you think and it could be harming your health.

Food companies toss added sugar into almost three quarters of all packaged products. Some frozen dinners have four teaspoons of added sugar. Whole wheat bread can have almost a teaspoon of sugar in every slice. "The problem with too much added sugar in your diet goes way beyond the calories. It does raise your risk of obesity, but it also raises your risk of heart disease and type two diabetes," Consumer Reports editor Trisha Calvo said.

Try to keep added sugars to no more than 10 percent of daily calories, about six teaspoons for women and 11 teaspoons for men. Even small amounts add up fast and when Consumer Reports compared similar foods, they found sugar counts vary widely.

For example original Cheerios have just a quarter of a teaspoon of sugar in each one-and-a-quarter cup serving. Cheerios protein has more than four teaspoons in the same amount of cereal.

Mott's Natural Applesauce has three teaspoons of sugars, all from the apples. Mott's original has twice that because it also contains added sugar. "The type of sugar matters. The natural sugars in fruit, they're not really so much of a problem for your health. What matters are added sugars. So look on food labels for things like sucrose, dextrose. But you also want to be careful of things that sound healthy, like evaporated cane juice or agave nectar. Those are added sugars, too," Calvo said.

So be a sugar sleuth and read labels carefully.

Sugars on food labels are listed in grams. There are four grams per teaspoon. If the Food and Drug Administration has its way, packages will soon list added sugars on a separate line, similar to the way total fat and saturated fat are listed separately.

Consumer Reports
CONSUMER REPORTS
Ways to tame your tech budget amid COVID-19
Recreating the movie experience: A look at mini projectors
Here are a few back-to-school recommendations on electronics