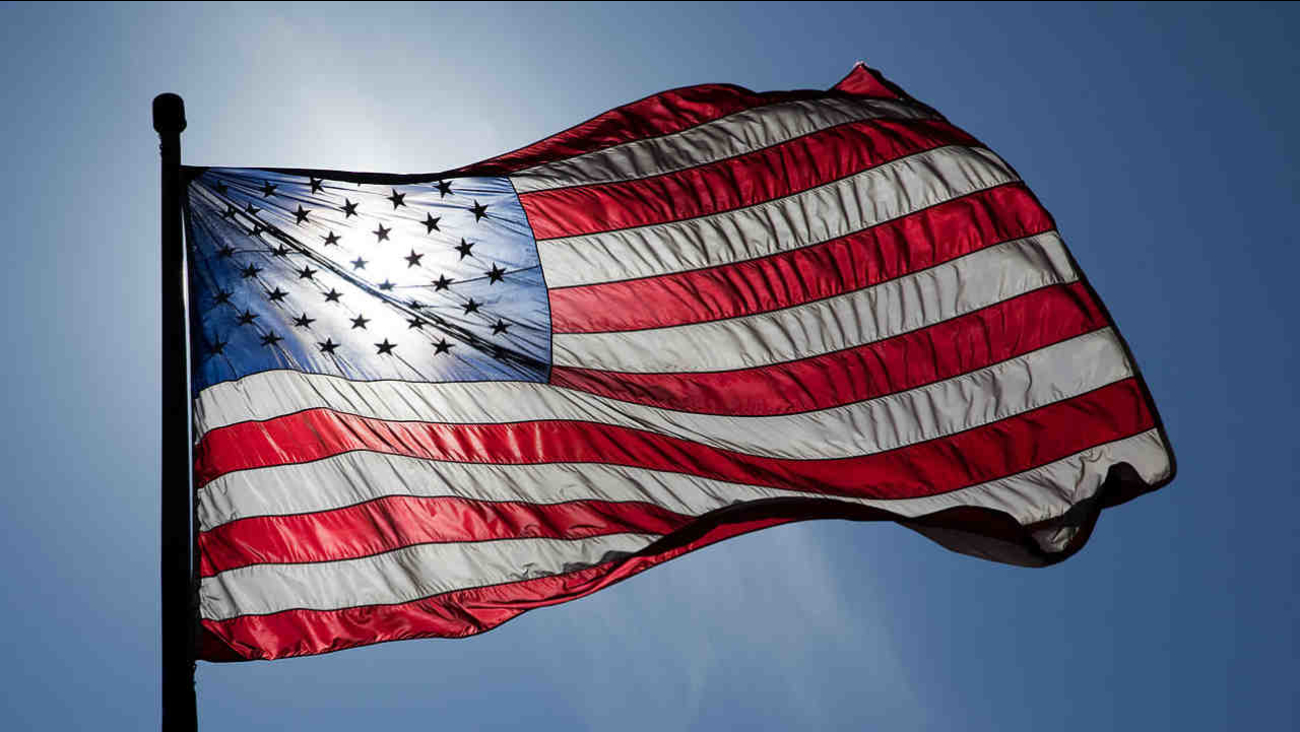 The flag of the United States of America is seen in this undated image. (Wikimedia Commons/Jnn13)

OAKLAND, Calif. -- More than 1,000 new U.S. citizens pledged their allegiance at a ceremony at Oakland's Paramount Theatre Wednesday morning, including immigrants from some of the countries whose citizens were banned from traveling to the U.S. under executive order from President Donald Trump.

The immigrants who took the oath represented 88 countries from around the world, largely from Mexico, the Philippines and China. But many also hailed from elsewhere in Asia, Central and South America as well as Europe, the Middle East and Africa, including immigrants from the seven countries whose citizens were blocked by Trump's order: Iraq, Syria, Iran, Sudan, Libya, Somalia and Yemen.

Despite the celebratory atmosphere as the enthusiastic new citizens sang along with the national anthem, Trump's election and the hostile attitude toward immigrants from his administration loomed over the ceremony.

Siegmund Damazyn, who immigrated from Germany 56 years ago when he was 6 years old, finally decided to become a citizen largely out of frustration over November's election and wanting to vote in future elections.

He posted photos on his Facebook page of himself as a child coming over as he celebrated the anniversary of his arrival and prepared to take his oath.

California Secretary of State Alex Padilla, himself the child of immigrants, implored the crowd to exercise their new right to vote in an address at the ceremony.

Padilla recounted how his parents immigrated from Mexico and his father worked as a cook and his mother cleaning houses to raise himself and his brother and sister. His brother now works in the Los Angeles city government and his sister works for the Los Angeles Unified School District.

He remembered fondly helping his father with flash cards to study for his citizenship exam, memorizing the names of presidents and why there were 13 stars on the original U.S. flag.

"If anyone tells you differently, tell them the American dream is alive," Padilla said, adding that sometimes the country gives a harsh reminder that the dream must be fought for.