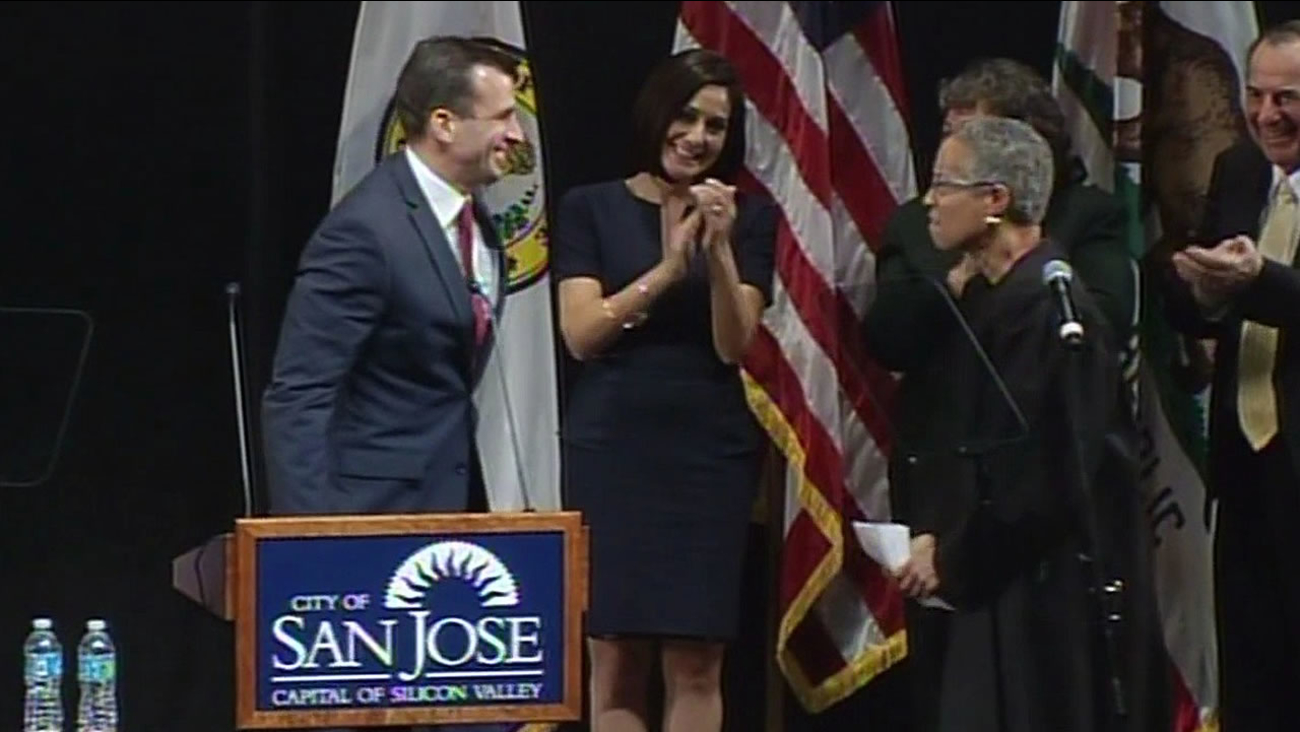 A festive swearing-in ceremony was held Tuesday night to usher in a new mayor in San Jose.

The evening began with a performance by an Aztec dance troupe, four council members were also sworn-in, and it was a ceremonial swearing-in for Mayor Sam Liccardo.

Liccardo has said the city's biggest challenge is rebuilding the police department. He said at the ceremony, "We need to be able to do things that will improve compensation and create incentives for officers to stay on board and to come to San Jose."

Liccardo also said San Jose needs to use its ingenuity to end homelessness.

While outside, a small group of protesters demanded better treatment of the city's homeless population. Many of the protesters were recently evicted from the homeless encampment known as "The Jungle."