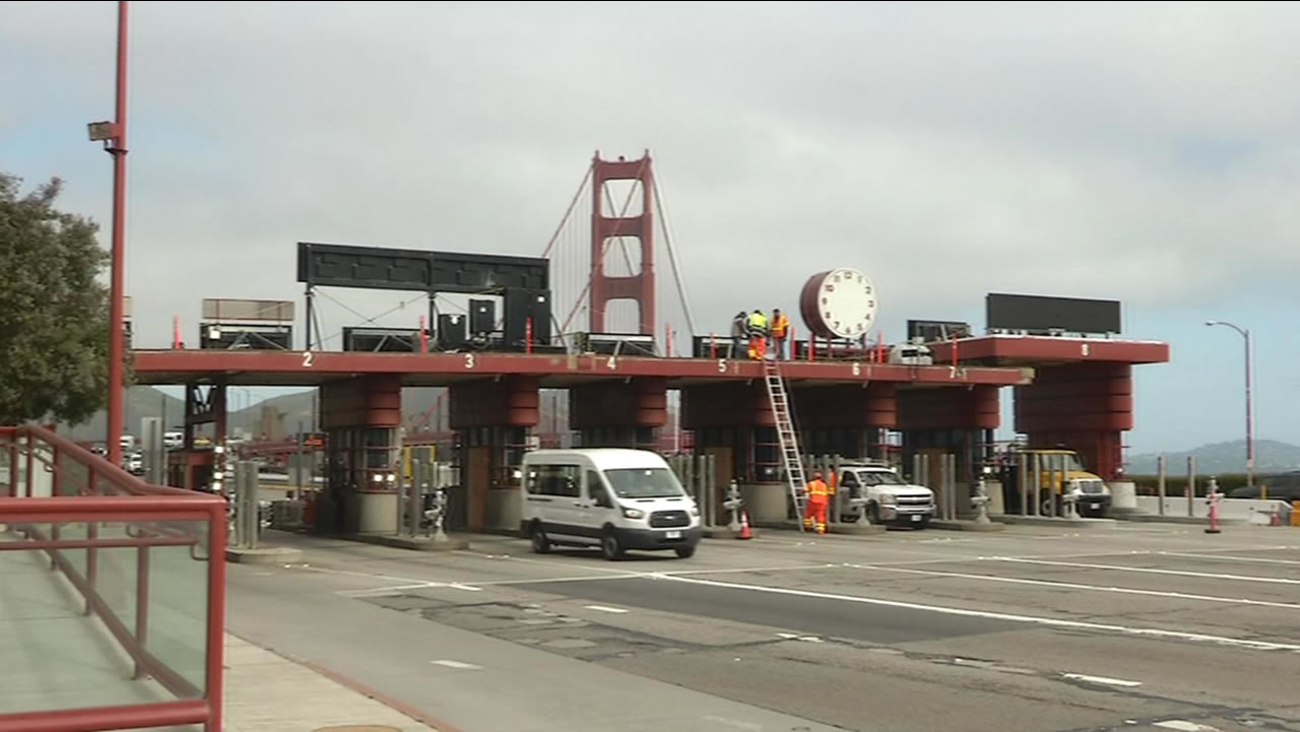 SAN FRANCISCO -- The Art Deco clock on the Golden Gate Bridge toll plaza was re-installed this past weekend after a roughly eight-month absence, but it will take a few more weeks before its hands start moving again.

The 8-foot clock was taken down last August for refurbishment and as part of modification work for a seismic retrofit project at the plaza, according to the Golden Gate Bridge, Highway and Transportation District.

The parts were then shipped to the clock's original manufacturer, district officials said.

A mechanic also stripped the clock and its mounting base to bare metal, according to the district.

Painters prepared, primed and repainted the clock and its base with multiple coats of high-quality polyurethane paint, district officials said.

The re-installation started on Friday night when a truck took the clock to the roadway at the plaza and crane lifted it to the roof where crews secured it, she said.

During that time, the clock will be installed with electrical conduits that will allow it to function, according to the district.
Related topics:
trafficsan franciscoartgolden gate bridgeconstructioncollision
Copyright 2020 by Bay City News, Inc. Republication, re-transmission or reuse without the express written consent of Bay City News, Inc. Is prohibited.
RELATED 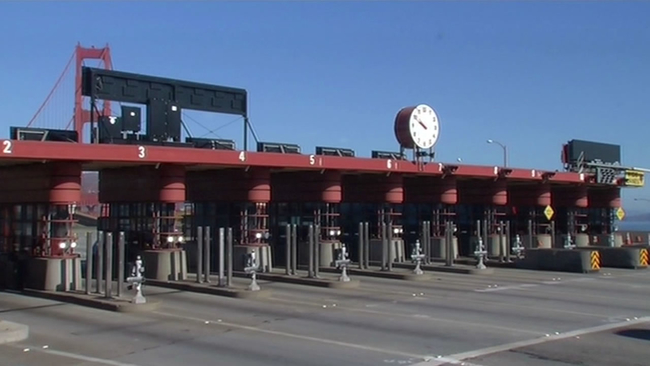