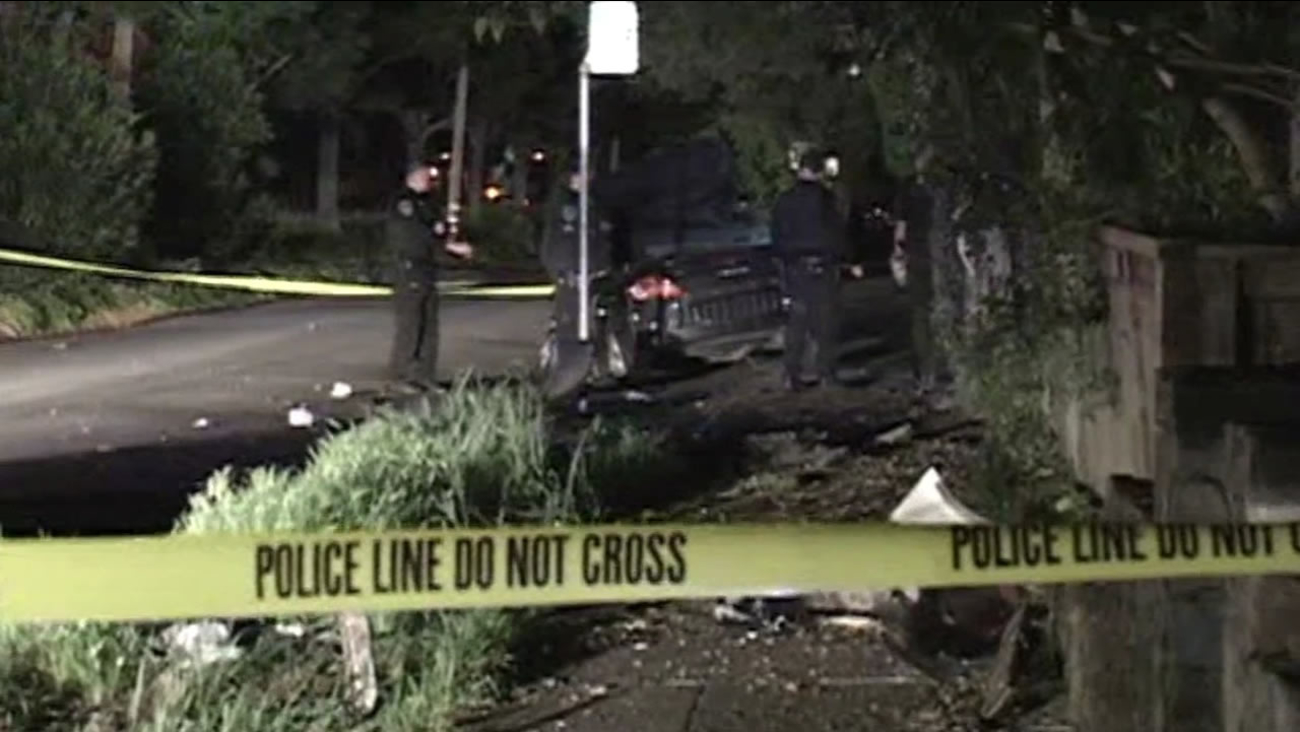 SAN ANSELMO, Calif. (KGO) -- Police in Marin County are investigating a bizarre series of events that plays out like a movie -- including car crashes, a Good Samaritan who becomes a victim and a police chase.

The events spread across Marin County and ended in a major crash in a residential area.

Police say Isias Estuardo-Rodas, 20, is accused of stealing a car from a woman who was just trying to help him. They say he had been involved in an accident in West Marin County.

He was a passenger when a woman stopped to help and police say she left her car running. "That driver stopped to see if they were OK. The passenger of that car then got out and got in her car and drove away and that's the car we ended up chasing," Fairfax Police Deparment Sgt. Rico Tabaranza said.

They chased the black Toyota into a San Anselmo neighborhood.

Police say he was going about 100 miles per hour on Center Boulevard where the speed limit is 25 mph. Then, he crashed right before 11:00 p.m. Monday.

"I just heard a big crash, that's all I heard and sirens too," one person said.

But that wasn't the end of it, police say Rodas then ran away and police dogs were brought in to search for him.

"I think he was right over there, I heard put your hands up and the dogs were pacing right here," Nina Anchordoqui said.

Anchordoqui and her husband had just gotten home from the Warriors game when police ushered them into their home.

They think he was found somewhere in their yard or next door because they could hear the dogs, but they didn't look outside to see.