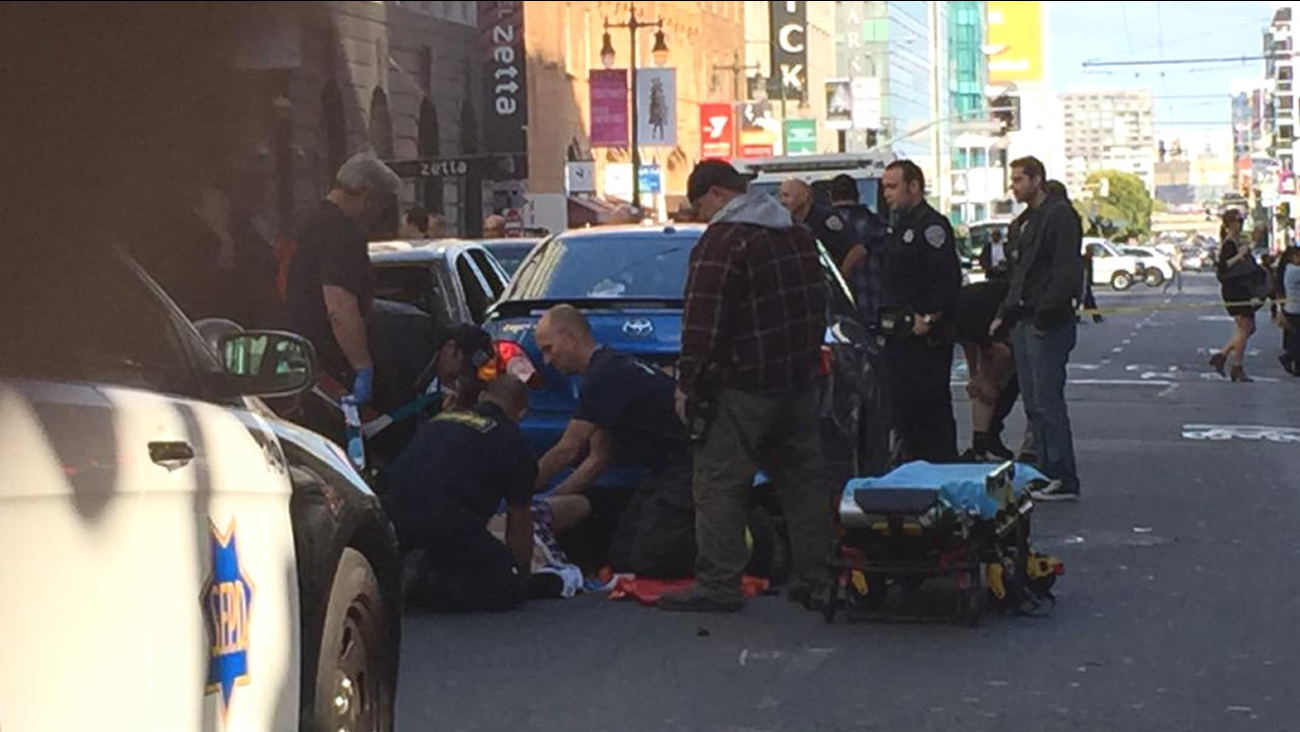 A victim is being transported to the hospital after a police chase ended in a multi-vehicle accident in San Francisco's SoMa area on June 1, 2015. (Melia Robinson/Business Insider)

SAN FRANCISCO (KGO) -- A police chase around San Francisco ended in a multi-vehicle accident and two people received minor injuries from the accident.

Streets are closed on 5th Street between Market and Mission near the Westfield mall.

Four cars were damaged after the suspect hit them during the chase. Two of the cars hit innocent victims that were injured. Both of those injuries were minor.

The suspect, who is a wanted parolee, is in custody.

Police say at 5:30 PM officers in the Bayview neighborhood tried to arrest a wanted parolee. The suspect jumped into a vehicle and took off with officers in pursuit.

The chase ended at 5th and Mission streets after the suspect hit two cars an injured at least two people. They sustained minor injuries. One motorist was treated and released at the scene and the other was taken to the hospital.

The suspect was taken into custody, but their identity has not been released.

(1/3) SFPD officer tells me the suspect "got into his car, tried to ram two cops, tried to ram more cops, and hit of bunch of other cars."