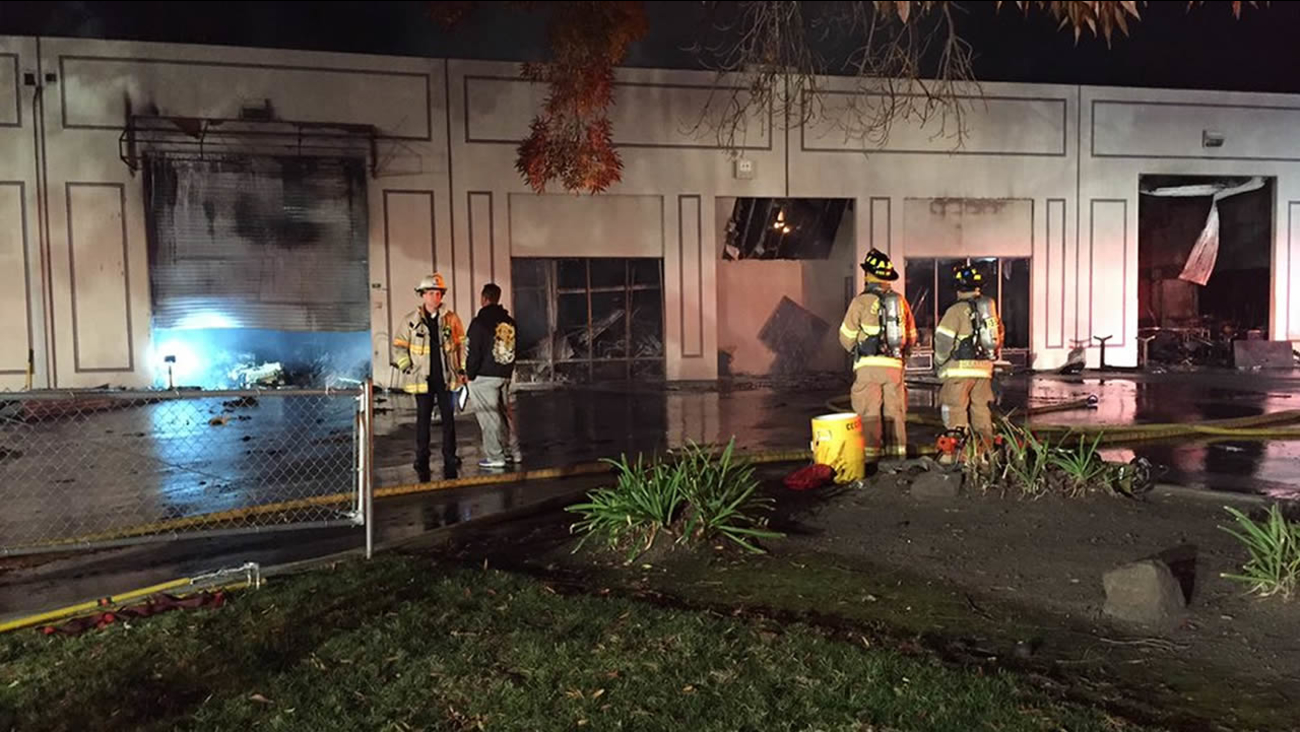 Firefighters had to take a defensive stance while battling the blaze because of flames coming through the roof and the risk of the structure collapsing. Crews brought the fire under control around 8 p.m.

The structure of the building sustained an estimated $1 million in damage, Marshall said. Most of the fire's costly destruction came from the $3 million in damage to the store's charred contents, he said.

The fire started in the warehouse portion of the store and damage was extensive in that portion of the building, with the roof burning away, Marshall said.

He said the store, which had firewalls inside that kept the blaze from spreading to other parts of the building, was not a total loss.

But Marshall said much of the building will have to be torn down if the store is to reopen.

The building was the headquarters of Sam Clar, a fourth-generation family-owned business founded in Oakland in 1939.

Marshall said the cause of the fire has been difficult to determine because of the extent of damage to the building. 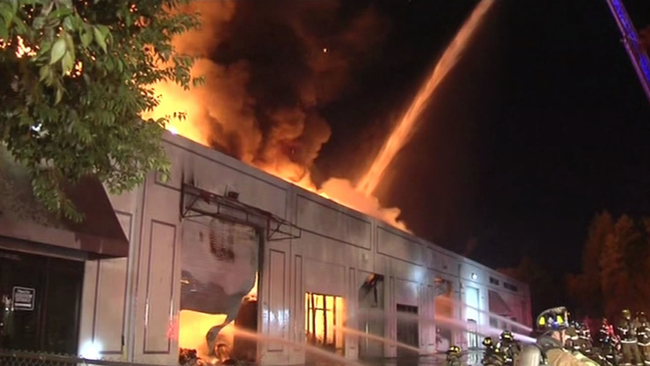