ONLY ON ABC7NEWS.COM: Mother of man killed in fight outside Marin apartment complex speaks out 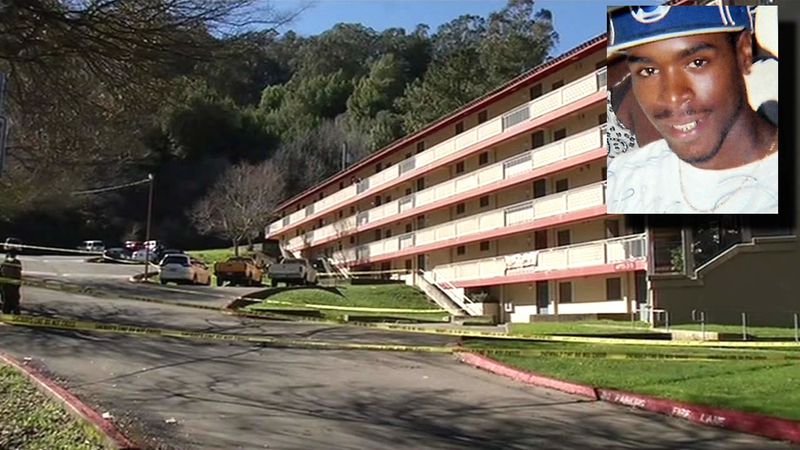 EXCLUSIVE: Mother of man killed in fight outside Marin apartment speaks out

MARIN, Calif. (KGO) -- ABC7 News spoke with a mother who lost her son and father-in-law in a brutal fight outside a large apartment complex on Cole Drive in Marin City Sunday morning.

Authorities say two people were killed and one critically injured after an armed fight broke out among a group of people.

The mother who lost her son said she's desperate for answers about his death.

Lashawn Forshey was comforted by friends moments after learning that her son, Jacari Cook, 29, had been killed. "I don't know who did this to my son. My son was a good guy and I don't know why him," she said.

Forshey said her son and his father-in-law were killed. "They were very close, two peas in a pod," she said.

Forshey said the two may have tried to intervene in a domestic dispute.

"There was some type of fight an altercation taking place here at 79 Cole Drive with bats, sticks and knives, things of that nature," Marin County Sheriff Lt. Doug Pittman said.

Wade was shocked by the senseless crime. "We're not going to have a very good Super Bowl Sunday in Marin City today," he said.

"This appears to be shall I say, an isolated incident," Pittman said.

Sheriff's officials said no other suspects are still on the loose and detectives are still piecing details of the crime together.

In the meantime, a mother grieves for her son who leaves behind a wife and two young daughters. "My son was only 29 years old. This stuff on the streets has to stop today, right now," Forshey said.

Deputies at scene investigating homicide scene with multiple victims in Marin City. Scene is not secure, more info to follow...

On scene of a homicide in Marin City, police say there are two victims. #breaking #abc7now pic.twitter.com/mkEImljAzx