KGO
By by Mark LaMet 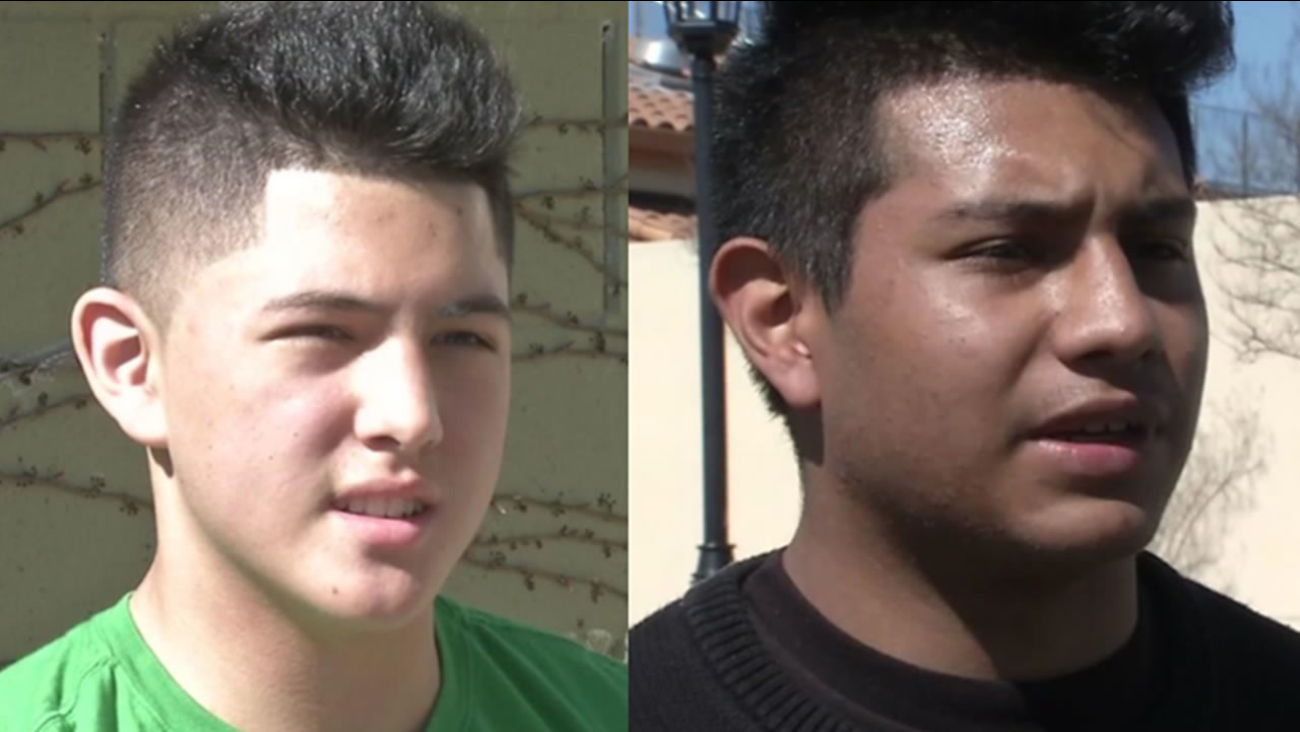 This is an undated image of Johnny Torres and Allan Estrella, former Napa High School students who appealed their expulsions after an alleged hazing incident during. (KGO-TV)

NAPA, Calif. (KGO) -- The ABC7 I-Team has learned two more Napa Valley High School students expelled for hazing have won their appeals and their expulsions have been overturned.

Last night, the Napa County School Board voted to overturn the expulsions of two boys ordered by the Napa Valley Unified School District Board.

These are the second and third cases where the county board has overruled the district board and overturned expulsions of Napa Valley High School football players accused of hazing.

In response to county officials' decision to overturn the expulsions, a spokesperson for the Napa Valley School District released this statement:

"We respect the NCOE Board of Education's findings regarding procedural issues and thank them for their careful review. We also appreciate the acknowledgment that their action is based solely on technicalities and procedure, not the basis of the expulsion action itself. We feel that distinction is necessary to acknowledge that there are victims in this incident who deserve District and community support."

In an exclusive interview, Superintendent of the Napa County Board of Education Barbara Nemko Ph.D. explained that the county board only considers violations of due process when deciding appeals.

Due process rights, guaranteed under the Fifth and 14th Amendments to the Constitution of the United States, prohibit the government from violating standards of fairness. While some may call these rights procedural technicalities, they are considered by many legal scholars to be extremely important protections.

Johnny Torres was the first student who appealed his expulsion to the county board and won.

He was the first and only one of 11 students recommended for expulsion to demand a public hearing before Napa School District officials.

He testified he never participated in any hazing and his attorney called a witness who appeared to corroborate Torres' story.

Torres, a straight "A" honors student, the captain and quarterback of the junior varsity football team, pointed to his unblemished record when he spoke exclusively to ABC7 I-Team Reporter Dan Noyes in March.

Allan Estrella, one of the students who won his appeal last night, had also vehemently denied the hazing allegations.

All three students who won their appeals have missed nearly five months of school.

In an exclusive interview on March 17th, Estrella told ABC7 News Reporter Wayne Freedman he had trusted officials at his high school to do a thorough investigation and conclude he was not involved in any hazing conduct.

Estrella said he was deeply disappointed when he learned he had been expelled and was worried the hazing allegations and getting expelled would ruin his life. He's hoping, he said, to study engineering in college.

Estrella and the other boy who won their appeals last night were both represented by Sacramento Attorney Michelle Ball, an expert in education law.

Johnny Torres was represented by Attorney Mandy Leigh, who told us her client is considering suing school officials in federal court for violations of his civil rights and education law.

Of 11 students initially recommended for expulsion by the NVUSD, only five boys remained expelled today. School officials withdrew the expulsions of three students without any public explanation.

The expulsions of three more students were overturned by the county board. One of the five students who remain expelled has not yet had his hearing before district officials.

Four of the five boys who remain expelled either cannot or will not appeal their cases to the county board according to district officials.

The Napa Police Department says they conducted a parallel investigation of potential hazing, assault and sexual assault offenses beginning last year. Police turned over the results of their investigation to prosecutors more than a month ago.

Prosecutors would not elaborate on what charges have been brought or whether they are felonies or misdemeanors.

The district attorney's statement said 11 other students were still under investigation bringing the total number of students investigated to 17 - despite the Napa Police Department indications last month they had only forwarded 14 students' names to prosecutors.

Prosecutors also announced they were not filing charges against a Napa Valley High School football coach whose name was referred to the district attorney's office by police for potential charges of failing to report a crime against a child.

While the press release said the coach would not face charges-it did identify him by name, the first time his name had been made public.