FBI director says Twitter is 'on my radar' after Trump criticism 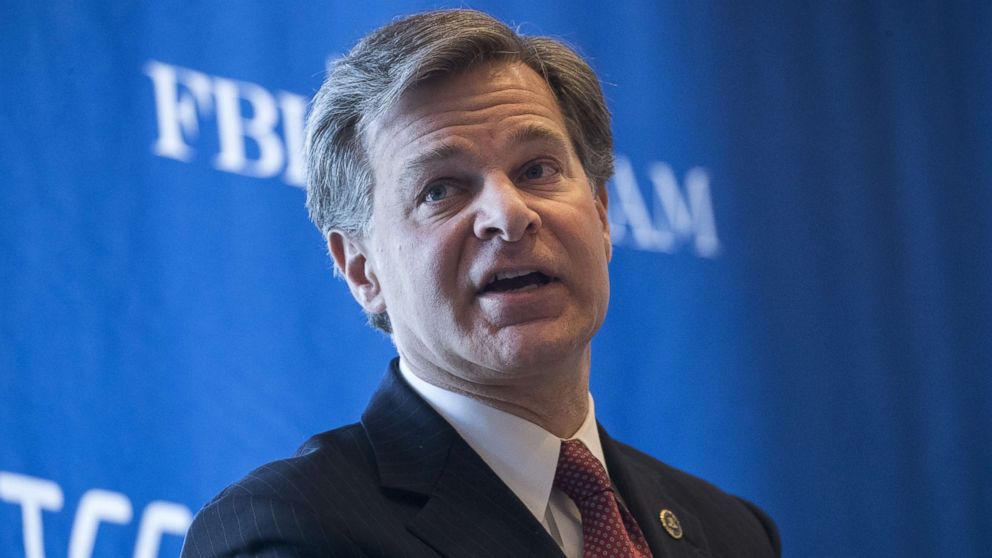 A month after President Donald Trump called the FBI "dishonest" and "in tatters," director Christopher Wray said Tuesday he is "honored" to be representing the agents and employees of the bureau, and conceded he pays more attention to Twitter these days.

During his previous stint in government, Wray told an audience at Fordham University he thought of tweeting as "something that birds did." But Twitter is now "a little bit more on my radar," he added.

Trump has frequently tweeted criticism of the bureau Wray now leads, specifically its investigation of Russian meddling in the 2016 campaign.

Trump tweeted Dec. 3, "After years of [former FBI director James] Comey, with the phony and dishonest Clinton investigation (and more), running the FBI, its reputation is in Tatters -- worst in History! But fear not, we will bring it back to greatness."

Later in December, Trump said people are "very, very angry" with the FBI and the Department of Justice.

"It's very sad when you look at the documents, and how they have done that is really disgraceful," the president said, apparently referring to a batch of text messages critical of Trump between a former agent and FBI lawyer involved with the special counsel's investigation released in mid-December.

"There's not a day that goes by that I'm not struck by countless examples of their professionalism, their patriotism, their courage and their integrity," Wray said of the FBI's 37,000 agents and support staff.

Given how divided the United States is currently, there will always be somebody unhappy with the results of an FBI investigation, Wray said. "So if we start trying to worry too much about who we are going to make happy or unhappy that's the way we start heading down a downward spiral," Wray said.

Wray's defense of the FBI came during a cybersecurity conference at which Wray also revealed a "horrifying" new number of smartphones inaccessible to investigators because of encryption. Wray said the FBI was unable to access the content on 7,775 devices over fiscal year 2017, more than half of all the devices the FBI attempted to access during the course of its investigations.