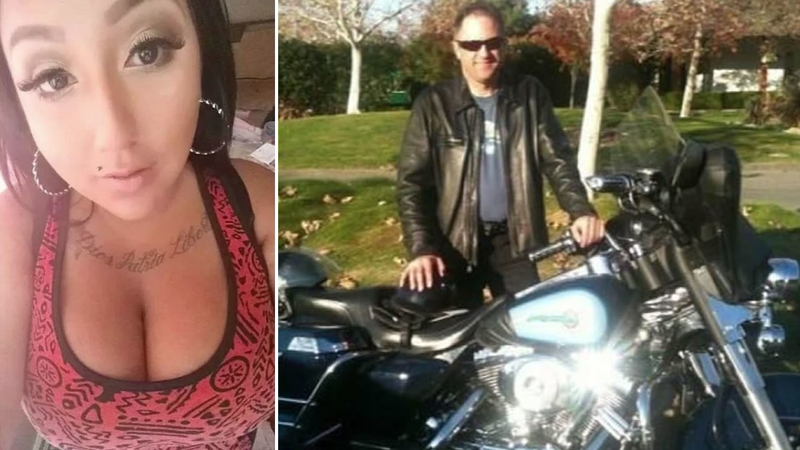 LIVERMORE, Calif. (KGO) -- Seven law enforcement officers from three Bay Area police departments have been charged with crimes in connection with an expansive sexual exploitation scandal, including five with the Oakland Police Department.

We've been in contact with one of those charged, former Livermore Officer Dan Black, who resigned this week. I-Team Reporter Dan Noyes has been chatting with him online since June, and has an exclusive report.

Black told Noyes in an online chat Thursday night that Celeste lied to him. He thought she was a nanny, and he didn't know about any other officers. Black was emphatic -- he didn't commit a crime, and there was "no way" he would be charged, in his words. It didn't turn out that way.

Noyes had a steady stream of information coming from the woman known as Celeste Guap since interviewing her three months ago. She told him about the first cop she encountered when she was 16 years old.

Alameda County District Attorney Nancy O'Malley said Friday she could not make a case for statutory rape with that Oakland police officer, but she did announce a name Noyes had heard before.

"We are filing charges against Dan Black," said O'Malley.

Celeste told Noyes about Black, just before he went on leave from the Livermore Police Department. He began chatting with him on Facebook in June and just Thursday night, he confirmed he met Celeste online in April.

Black told Noyes he thought she was a nanny, and had no idea she had slept with other officers.

He picked her up in his RV, drove to Spenger's Grotto in Berkeley, and Celeste said Black announced he doesn't pay for sex, but would buy her dinner.

Black told Noyes on Thursday night that was taken out of context.

"I say that as a joke to many guys and gals," he said. "We all pay for it -- diamonds, gifts and marriage."

He insists he didn't know she was a prostitute.

Celeste told Noyes they spent the night in the RV, at Spenger's parking lot.

On Thursday night, Black told Noyes he did not expect to face charges.

"No way!" he said. "Sex and prostitution are two very different things. One is legal and one is not."

Noyes: "He tells me that, these are his words, that sex does not necessarily mean prostitution, in his words. Can you address that?"
O'Malley: "Sure. It doesn't have to be money. It can be food. I mean we have children on the street who are homeless who are engaging in commercial sex because they don't have food."

O'Malley also said she is upset the Richmond Police Department sent Celeste to Florida for rehab and that she was not consulted.

"We will pay her airfare to come back to the state," she said.

O'Malley is working to bring Celeste back, after an altercation at the rehab landed the 19-year-old in jail.

"It's hard right now," she said. "But I know it's just going to make me stronger, it's making me stronger, so that's how i look at it."

Black faces up to a year in jail for each of the four counts, plus fines.

Noyes reached out to him again Friday afternoon to ask about the charges. No response. Noyes also called and emailed his attorney, Doug Foley, and hasn't heard back.