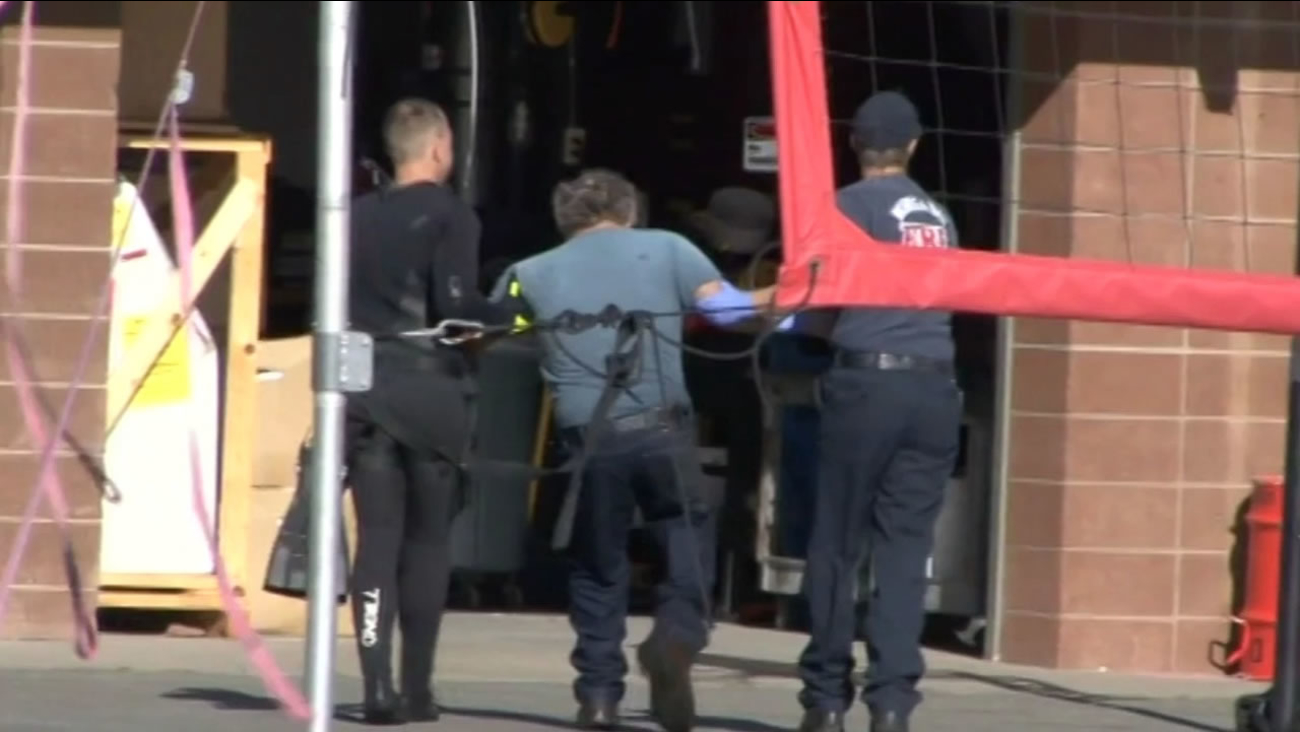 Fisherman Phillip Sanchez, 66, is being escorted by the emergency crews that rescued him. He is the sole survivor of Saturday's boating accident in Bodega Bay.

Four people died and one person survived after a boat capsized off the coast of Sonoma County in Bodega Bay Saturday morning, a sheriff's lieutenant said. According to officials, no one was wearing the life vests that were on board.

Three of the four people killed in the fishing boat accident have been identified, according to the Sonoma County Sheriff's Office. They are Jessie Daniel Langley, 79, of Bodega Bay, Samuel Garcia, 86, of Bodega Bay and David Costa, 60, of Ripon, Calif.

The boat capsized in Bodega Bay off in the distance near Bodega Rock. It was very windy there all day. There's a small craft advisory in the area in effect until Sunday.

The victims were on a 32-foot-long, privately owned, fishing boat. They, like 250 other boaters, were out for the start of the sport crab fishing season.

"They were on the west side of bodega rock, with the increasing swell this weekend, they somehow were capsized by a wave in the shallow water off Bodega Rock," said Captain Justin Fox with Bodega Bay Fire.

One man did survive, 66-year-old, Phillip Sanchez from Bodega Bay. He was found clinging to Bodega Rock. He suffered from hypothermia and was reportedly disoriented and confused about what happened.