KGO
By David Louie
SAN JOSE, Calif. (KGO) -- A major bust in San Jose has revealed a complex gang hierarchy that took a cut of crime profits and funneled that money to a state prison.

Twenty-four members of the gang Nuestra Familia have been indicted and will be going on trial next month.

The gang members were allegedly selling drugs and shaking down merchants for protection money.Operation Red October rounded up two dozen San Jose gang members, who answered to inmates hundreds of miles away.

The crimes were happening in the streets of San Jose and the orders were coming from 400 miles north from behind the walls at Pelican Bay State Prison. That's where three so-called generals of the Nuestra Familia gang called the shots.

The directives were written in code and smuggled out in the body cavities of inmates leaving on parole. Known as kites, the orders were found in the possession of one of the top street gang leaders in San Jose.

"We recovered hundreds of these written communications that had really never been seen on this level and in this depth," McKeown said. "It was so explicit that we actually have the three generals behind the walls of Pelican Bay, in writing and with their signature, on very specific gang directives that were in the possession of one of our arrested suspects."

The Nuestra Familia affiliated gang members each had nicknames, such as "Pistol," "Monster" and "Bam Bam." Six are still at large. There was an organized chain of command. 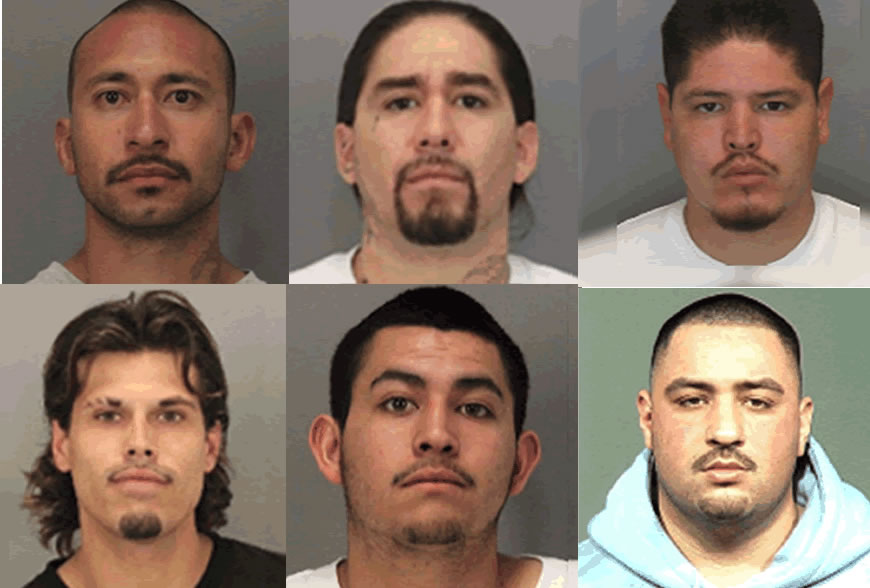 Gang task force teams seized guns, drugs and cash during the arrests. The gangs were selling two pounds of methamphetamine a week, worth thousands of dollars. A percentage of crime proceeds, along with protection money paid to the gang, made its way to Nuestra Familia's leadership behind bars.

The multi-agency task force believes it has put a dent in gang operations in San Jose after one of its leaders decided to cooperate and reveal the gang's internal workings.

"We have so many cooperators and source documents and history with this gang that we hopefully are deterring them from putting down a foothold on this city ever again," McKeown said.