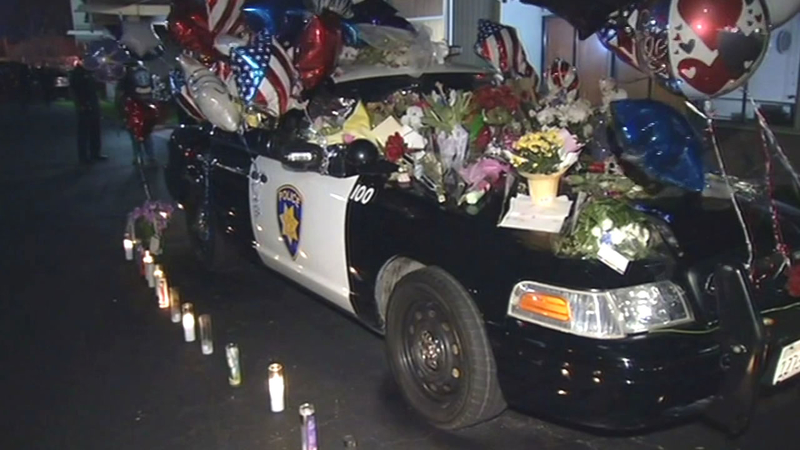 PITTSBURG, Calif. (KGO) -- The Pittsburg Funeral Chapel was packed with people paying their respects to Officer Donnie Pearman, a man who they say respected them.

A stream of people from all walks of life poured into the chapel to say goodbye Wednesday. The community decorated Pearman's patrol car with flowers, balloons and candles.

Pearman arrested Victor Lazama for having outstanding warrants. But Lazama says Pearman never took away his dignity. It's not often that you run into someone who will say this about the cop who arrested them.

"He was just real easy to deal with," said Pittsburg resident Victor Lazama. "I'd rather it be him I had to deal with than someone else."

Pearman died from a heart attack while chasing a shoplifter. He was working a second job as a loss prevention officer at Macy's. For 15 years he patrolled the city's El Pueblo housing projects. He didn't just patrol the area, he embraced it. Last Christmas he bought gifts for people in the neighborhood who really needed them.

"He actually gave us respect and stuff, so he was well respected around here," said Shannon Hanlin, an El Pueblo resident.

"By and large he didn't have to use force. It was his voice that often solved virtually all of the problems that he came in contact with," said Lt. Phil Galer of the Pittsburg Police Department.

People here say he earned their respect and represented the true meaning of community policing.